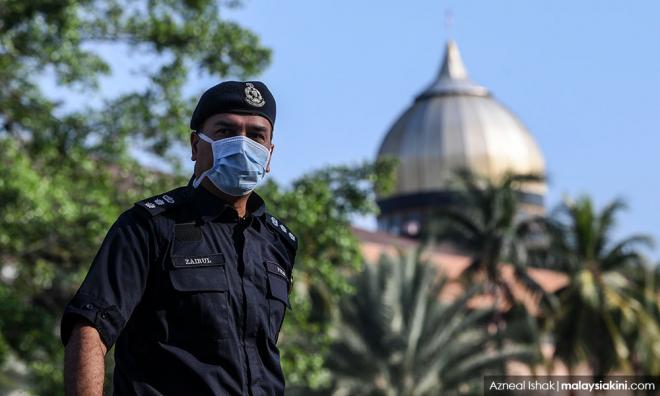 Yoursay: Covid-19 tsunami - stay home and hope for the best

Chicken Rice: No one should lower their guard and everyone must be compliant with the movement control order (MCO).

You can see some pattern if you look at scientific modelling overseas and real-world numbers (as real as it can be) from front-runner countries – China and South Korea.

Once the big outbreak started, as in the case of China and South Korea, it will take months - at least three months and most likely six months, according to scientific modelling - with the most stringent controls to make the situation under control.

In the case of China, it implemented the most draconian method whereas South Korea implemented "test-test-test" and "contact tracing to the nth degree" method.

Both China and South Korea are starting to see their situations improve significantly. I personally don't trust numbers coming out from China, but it is a broad indication.

The reality is going to be that the numbers will fluctuate over some period before the downward trend (assuming MCO is strictly applied) can be ascertained accurately.

Malaysia simply does not have the resources to test everyone, and some people are unwilling to be tested or are not civic-minded enough. Moreover, the MCO is nowhere near as stringent as that of China, where everything is literally shut down.

Teh Tarik: Which ministry allowed 8,000 of its staff to travel overseas amid the Covid-19 pandemic, and to hotspots in Japan and South Korea?

This is very lackadaisical and irresponsible of the ministry. Over the past six weeks, doctors in most hospitals were discouraged from travelling and were told that they would be quarantined for two weeks after returning from overseas.

I am surprised that so many Malaysians were taking the risk to travel. Not only are they endangering themselves and their families, but also all Malaysians.

Worried Sick: Health Ministry director-general Dr Noor Hisham Abdullah, you are doing a fantastic job and thank you so much for keeping us safe.

As for the 8,000 staff from a certain ministry who went for holidays in high-risk countries, they would have to be quarantined in their homes for lack of facilities in hospitals. Understood.

However, there is a ruling that only the head of a household would be allowed to go out to buy provisions, medicines and so on. So, is it to be understood that the heads who went for the holidays would be allowed to do so? Where is the logic in this?

Malaysians who visited those countries should have known full well that they would be exposing themselves to the risk.

Jaya Jeyam: Government servants are paid well these days. Didn't they get some good increments quite a number of times from previous governments? I always felt it was to secure the vote bank.

So many of them could now afford to go on overseas holidays. I wonder, since the nation is mired in debts, why these same civil servants do not volunteer to take a pay cut?

At least those earning RM4,000 and above should sacrifice for the nation, maybe a 10 percent reduction would be quite some help. Sorry for digressing from the topic.

Vijay47: What is this super-ministry that could afford 8,000 of its manpower to saunter off on leave? And what staff were these that 8,000 of them could afford vacations overseas?

Sorry, what’s that you say? Oh, the officers who went on holiday abroad were from the senior tier. That must mean almost the entire management level was away enjoying themselves by the Seine or in the shade of the Pyramids.

Then, who was minding the store? You were supposed to bring back souvenirs, not the coronavirus.

Drngsc: DG, it is the irregular implementation of MCO that is causing havoc. I thought that all overseas travel was banned and should they return, it is a 14-day quarantine.

Is that not what is being done? If we are not serious, we will be fighting Covid-19 for years. Prolonging the MCO will have economic consequences. The poor are suffering. Let’s be serious.

Myview: We should learn from China. Those returning from overseas now should be placed on strict isolation and quarantine.

This will limit the risk of the disease spreading to others in the country and you will have full control over those infected and not allowing it to spread further.

MS: Another panic-causing virus which Malaysians have to deal with comes through WhatsApp and is transmitted by imbeciles who forward whatever they receive mindlessly to other like-minded fools.

A fake message, which stupid Malaysians believed and forwarded to equally stupid ones in a chain yesterday, was as follows:

"Selangor expected to fully locked down very soon coz too many cases. Apparently Sultan had given the greenlight. Stock up sufficient essentials. Message from ASP IPD Klang Utara who is in our Berkerley Association.”

The idiocy of those who believed a WhatsApp message obviously penned by a semi-literate is perhaps more stunning than the foolishness of the message itself, which makes no reference to anyone except a mythical low-level assistant superintendent (ASP) belonging to a resident's association.

What made them not ask why the state government, the Royal Malaysian Police (PDRM) and the media are silent on such a serious decision?

This is clearly the result of a free messaging app which allows every moron and his demented mother to indulge in this rumour mongering with no consequences. How nice if WhatsApp charges RM10 for every message! That'll put an end to this national itch to forward imbecility with such mindless ease.

I sincerely hope PDRM and the Malaysian Communications and Multimedia Commission (MCMC) will identify the source and make an example by quarantining him/her in Sungai Buloh for at least 12 months after a fine of RM50,000.

Vgeorgemy: We must activate the designated 409 quarantine centres as treatment place of Covid-19 with the help of 3,000 healthcare volunteers and final-year students of all faculties of medical colleges in the country.

The armed forces can help with moving medical equipment from the stockpiles with their various assets. The regime should heed the call of the Health DG.