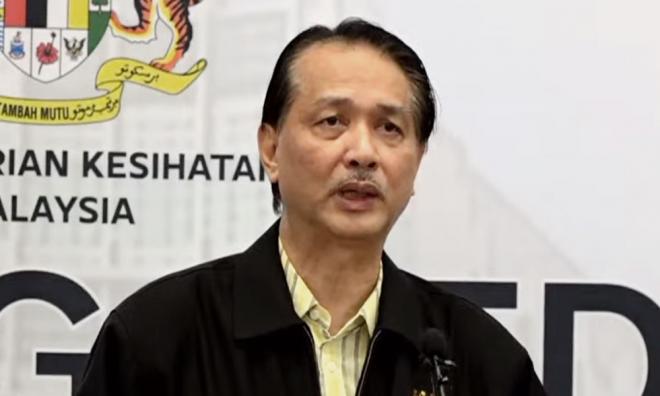 Of the local transmissions, 19 involve Malaysians and 25 are foreigners.

The majority of infections involving foreigners were traced to the Semenyih immigration detention depot where 21 people were tested positive for Covid-19.

He said no new death was reported in the same period, keeping the death toll at 115 people.

Noor Hisham said the government is treating the Semenyih immigration detention depot as an enhanced movement control order area even though there has been no official declaration.

"We have taken 1,752 samples (for tests) comprising 1,631 detainees and 121 staff. So far 21 have tested positive," he told a press conference in Putrajaya today.

He said no new death was reported in the same period, keeping the death toll at 115 people.

A total of 1,158 patients are still under treatment. From this number, nine are in the intensive care unit and five patients require ventilators to breathe.

The top official showed that Malaysia had been testing above its official 26,500 daily capacity for the past three days.

Asked about this, he explained that this was due to the use of both RT-PCR tests and antigen-based rapid test kits.

“And (for) our capacity, we will be able to increase it to 30,000 (per day) in time because we have another five laboratories coming up,” he added.

Next, Noor Hisham said the ministry will be conducting a new study using antibody-based rapid test kits to detect if more people had contracted and recovered from Covid-19 but were previously undetected.

Such test kits detect antibodies produced in response to a Covid-19 infection.

“We will embark on a study on the immunity response of the community [...]

“Unless we have a community study done, then only can we come up with a conclusion (on) how many Malaysians or (those in) certain groups have been exposed to the virus,” he explained.

The study will involve the use of both antibody and antigen-based rapid test kits on target groups, such as immigration depots detainees.

Malaysia does not use antibody-based rapid test kits for Covid-19 diagnosis due to its inability to detect early stages of the virus.