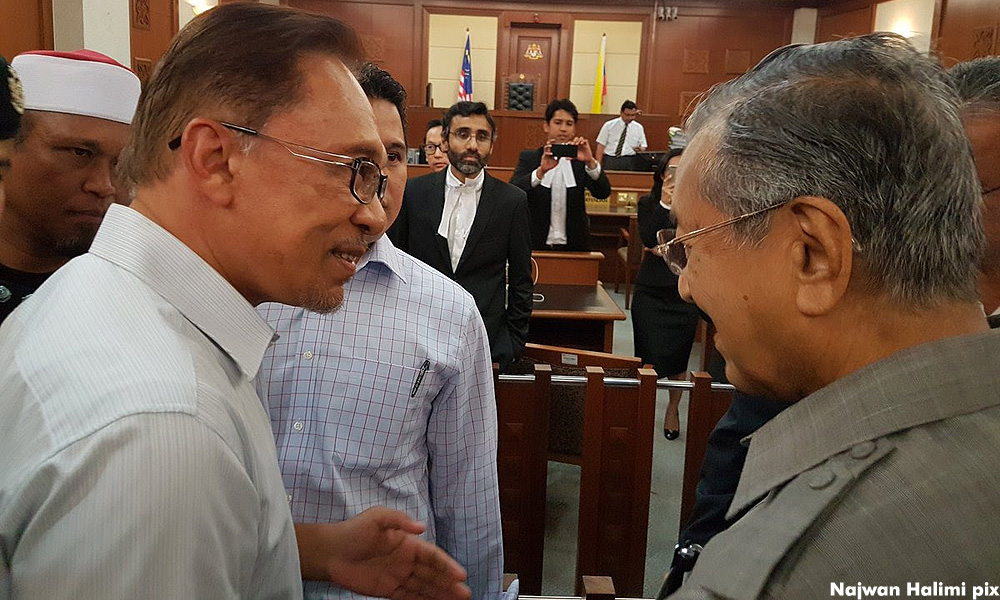 COMMENT | Five words that can save the nation... and Dr M

COMMENT | In September 1998, you created conspiracies and "fitnah" to sack and jail your deputy, Anwar Ibrahim. Anwar had to suffer six years behind bars, not including the eight months that you ordered for him to be put in jail during the course of the trial, even before the court had a verdict.

I didn't know both of you back then, but as a human, I cannot accept the manner Anwar was treated by you. The torture and humiliation suffered by Anwar and his family because of your deed were unbearable.

Fast forward, just before the formation of Pakatan Harapan in June 2016, you went to see Anwar for the first time since your inhumane treatment of him.

At that time, Anwar was serving a second jail sentence because Najib Abdul Razak's administration used your original script to imprison Anwar again after he was released during Abdullah Ahmad Badawi's time in...