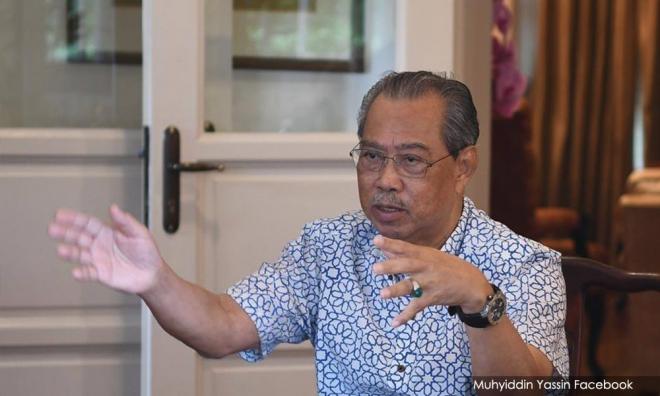 YOURSAY | Dr M vs Muhyiddin - it's open season in Bersatu

YOURSAY | 'Wait for Mahathir to turn the table against Muhyiddin.'

Apache: Firstly, the five Bersatu MPs did not vote against the government bills as there was no voting in the last parliamentary sitting. They just sat separately from other Perikatan Nasional (PN) members. Do you expel someone from the party because they don't want to sit near you?

Secondly, can their party membership be nullified by an organising secretary rather than by the secretary-general?

Thirdly, can a president reporting to the party chairperson sack his own boss?

Vijay47: I do not know anything at all about political law, which I suppose means I am most qualified to represent Umno, PAS and Bersatu in legal matters.

Looking at the termination notice from Bersatu organising secretary Muhammad Suhaimi Yahya, it appears that there were three grounds upon any of which Dr Mahathir Mohamad and allies were sacked.

The first is that they were seen, as affirmed by several witnesses - all men of honour - to have been sitting on the opposition bench in Parliament.

The dismissal must have then been based on Section 7(b)(ii) of the Bersatu constitution, which states that “any member who, despite intense discomfort to his body sits on benches or other instruments of rest previously occupied by or in close proximity to persons deemed hostile to party interests, shall forthwith be sacked from the Party”.

The other two reasons come in tandem under the ‘Buy one, get one free’ special offer, which states in Section 9(d)(i) that “if the member is found to have declared his intention to leave the party or has formally joined another political party, he shall similarly suffer the fate as provided for in Section 7(b)(ii)”.

The proviso to the section states “where such intention is not declared or another political party formally joined, it is sufficient that the member’s general conduct lends to such inference”.

Ergo, the Famous Five are no longer united with Bersatu.

MalaysianMalaysian: "(Bersatu supreme council member) Wan Saiful Wan Jan further insisted that no party in the world would allow its lawmakers to switch sides in Parliament."

And how about changing an elected government through 'a coup', Wan Saiful? To think that I had a high opinion about him, just like former PKR leader Saifuddin Abdullah. What a fall from grace.

Proarte: This is the best news ever. Paradoxically, it has somewhat 'sanitised' Mahathir and the rump of former Bersatu which remained in the opposition.

Now we can have an opposition which does not discriminate citizens based on their race or religion, like Bersatu did. Pakatan Harapan must never condone apartheid.

The cancer of 'Mahathirism' has done unimaginable damage to our nation and prevented it from achieving first world status like Singapore has. Mahathir sacrificed Malaysia's development in the grubby interest of serving his megalomania, cronyism and family kleptocracy.

The modus operandi of 'Mahathirism' is to utilise and promote Malay-Muslim supremacy to divide and rule in the interest of the ruling Malay elite class.

The relative backwardness of the Malays is used as justification for what can only be described as legalised kleptocracy in a supposed policy of 'trickle down' to the poor Malays. Not surprisingly, Malays only see a 'trickle' of the money misappropriated on their behalf.

Mahathirism has kept Malaysia stunted and stifled as a nation and should be relegated to the dustbin of history so that the rehabilitation process can begin.

The rakyat were tricked by Mahathir into thinking that he had repented and was supportive of a 'New Malaysia' in the 2018 election. Sadly, once he had got power, he did his utmost to scupper the mandate of the rakyat, which led to the fall of the Harapan government.

Mahathir has no role in the opposition, other than to support Harapan and Anwar Ibrahim as the prime ministerial candidate.

Harapan does not need him and it would be foolhardy to throw him a political lifeline. Mahathir and Bersatu are dead politically and should remain so in the interest of the nation.

Anonymouss: It looks like it's open season. Ousting a party founder is indeed asking for big trouble. Wait for Mahathir to turn the table against Muhyiddin. The backdoor government has no legitimacy.

Daylight: Yes, it’s high noon in Malaysia. DAP, PKR and Amanah would not do such a thing to Mahathir by humiliating him in public.

In any case, not many will sympathise with him and he should know why.

Fredtan: Mahathir is now homeless. Where can he go other than to work with Harapan when Umno and PAS have utterly rejected him. Is he still dreaming to be PM for the third time?

With no bargaining chip left to negotiate with Harapan, it is now time for PKR in Harapan to play hardball with him if he wants to remain relevant politically.

Only accept him back as an ally if he were to declare that he would not seek to be the next PM. He can set his conditions, of course, for his help. No problem there.

But never let him be PM again. Once bitten, shy; twice bitten, very shy; and if we allow it for a third time, we are total idiots.

Bd: During his tenure as fourth prime minister, he moved the amendment to the Societies Act 1966 by inserting Section 18c, in that the decision of the political party is final and conclusive and not amenable to review by the court.

This after the challenge by some members of Semangat 46 pitting Tengku Razaleigh Hamzah against him, which had the effect of Umno being declared illegal and which paved the way for Umno Baru, resulting in the assault on the judiciary thereafter, leading to the sacking of chief justice Salleh Abas and two other Supreme Court judges.