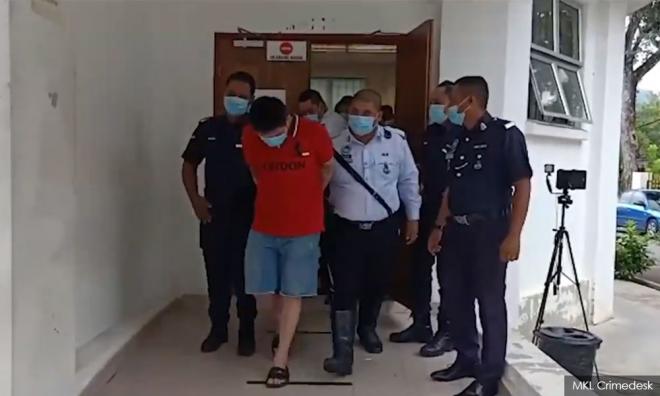 Addressing drunk driving - Can heavier penalties do the job?

Accident cases involving drunk drivers causing the death of others have been quite rampant of late, triggering a series of reactions, urging the government to address it by tightening the existing laws related to the offence.

One by one, the reported cases of motorists driving under the influence of alcohol or drugs continued to spark outrage among the people who want the government to take a holistic action against reckless drivers.

Understanding the sentiment of the people, Prime Minister Muhyiddin Yassin has ordered the Ministry of Transport to amend the Road Transport Act 1987 (Act 333) to impose heavier penalties on individuals convicted of driving under the influence of alcohol or drugs.

In this regard, political differences need to be set aside because human lives are at stake, but is there a political will among our leaders to address the issue of drunk driving?

Perhaps we can learn from other countries that have imposed those severe and deterrent penalties on drunken drivers in a bid to reduce, if not stop, drunk driving incidents.

In the United Kingdom, drunk drivers who cause death will be sentenced to 14 years in prison with an unlimited fine and their driving licence suspended for two years.

In Taiwan, the government had approved a draft amendment to the penal code which categorised driving under the influence of alcohol and causing death as a murder offence. If the offender intends to cause death, he or she may be sentenced to death.

It seems that only with such a heavy penalty will the public take the drunk driving offence seriously.

In Malaysia, under the existing law, drunk driving is only subject to Section 45A (1) of the Road Transport Act 1987 which provides for a fine of not less than RM1,000 and not more than RM6,000 or imprisonment not less than 12 months.

For drunk driving offences that lead to death, offenders are punishable under Section 44 of the Road Transport Act 1987, which carries a maximum fine of RM10,000 and a maximum jail term of 12 months.

Indeed, this law has been seen as weak and the punishment, too lenient.

It does not seem to commensurate with the loss of lives and suffering of the victim’s family.

It is as though lives have no worth when these drunk drivers are on the road. It was said that the possibility of them causing accident is 13 times higher than any individuals who are not under the influence of alcohol.

“People are increasingly confused and bold enough to violate existing laws. Enforcement may also be difficult with outdated, inaccurate and loopholes in the guidelines.

“We fail to see that a drunk driver is actually a madman that appears sane. He should be prohibited in public areas and should be confined to private premises or in his own house,” he told Bernama.

In introducing heavier penalties, the blood alcohol content (BAC) limit for individuals under the influence of alcohol should also be revised and should be reduced to 0.05 in accordance with international standards as recommended by the World Health Organisation (WHO).

Lecturer in the Department of Community Health in the Faculty of Medicine and Health Science, Universiti Putra Malaysia, Kulanthayan KC Mani said the current BAC limit in Malaysia was 0.08.

“If the BAC of 0.05 could give the intoxicating effect, what more the BAC of 0.08 allowed in Malaysia? If it can be reduced to 0.05 more lives could be spared,” he said, adding that it will also help to achieve WHO’s target to have all countries to reduce deaths and injuries due to drunk driving by 50 percent by 2030.

According to Kulanthayan, what is more important now is the optimisation of existing laws and for everyone to play their roles without relying entirely on the authorities such as the police and the Road Transport Department (JPJ).

“Self-regulation, as well as by family members, community, employer and industry, if actively promoted and implemented, will help curb traffic violations including drunk driving,” he said.

In addition, the sale of alcoholic beverages and liquor must also be restricted to ensure effective enforcement of the law, according to the Kuala Lumpur Crime Prevention Practice Association (KLCPPA) exco member Saiful Hamiruzzaman Mohd Hazir.

New Zealand and the Netherlands, he said were among the countries that had enforced strict laws on alcohol sales.

“In Malaysia, alcoholic drinks can be purchased at any time, especially from a 24-hour mart,” he said.

He also proposed for nightclubs to conduct a test on their customers and check their BAC before allowing them to drive home.

“Just like the test we do during this Covid-19 pandemic, the body temperature checks we have to go through before entering a building. And if we have a fever, we will not be allowed to enter. The same should go for those who take alcohol, if their BAC is above the limit, they should not be allowed to drive,” he said.