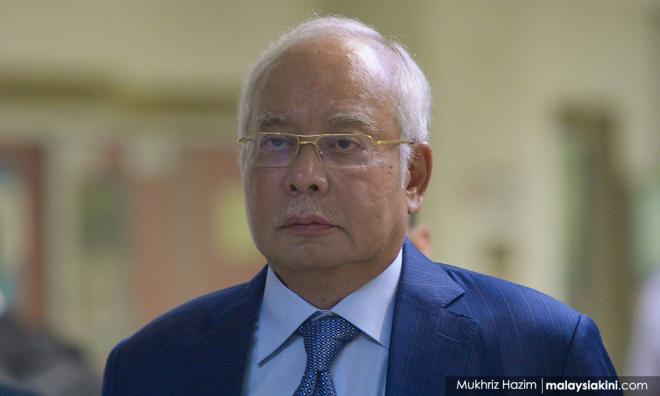 1. During oral submissions at the SRC International trial, former prime minister Najib Abdul Razak’s defence team argued that RM42 million was stolen by unknown persons without Najib’s knowledge, and the court should not convict him based on public opinion.

4. Five people have been arrested for protesting against a hospital cleaning services company over allegations of union busting and failing to provide adequate protective equipment for cleaning Covid-19 wards. The company’s parent company said it has safety protocols in place as well as mechanisms to resolve employees’ grievances.

5. A detainee held for remand at the Jinjang lock-up facility in Kuala Lumpur died on Sunday, but police said they found no sign of foul play.

6. The Kuala Lumpur City Hall has announced a moratorium on all new applications for liquor licences, effective immediately.

7. Deputy Works Minister Shahruddin Mohd Salleh said he is prepared to resign his post if it means strengthening Bersatu, and warned of retaliation for the lack of parliamentary debates during its May 18 sitting.

8. A Covid-19 cluster in Cheras may have been related to visits made before and during the recent Hari Raya celebrations, said Health Ministry director-general Dr Noor Hisham Abdullah.

9. The government has loosened the movement control order restrictions by allowing more than 6,600 daycare centres to reopen, as well as interstate travel for solemnisation ceremonies. Wedding photographers and the filming industry as well will be allowed to reopen soon.

10. An NGO warned that logging in the Ulu Muda Forest Reserve, Kedah, would affect water supply to 4.2 million people in Perlis, Kedah and Penang.