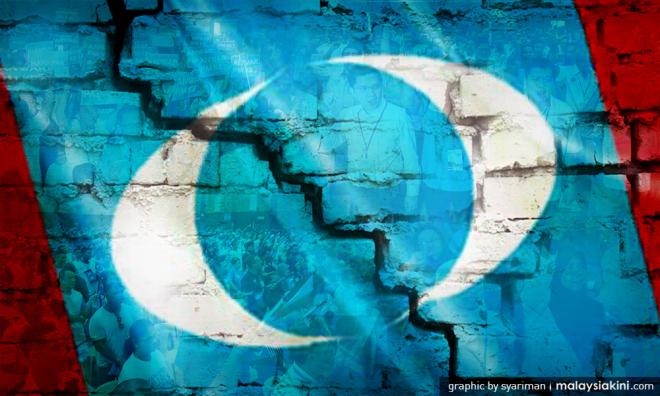 YOURSAY | No friends or enemies in politics, only political expediency

YOURSAY | ‘PKR is not perfect but it's the only truly multi-racial party that we have in this country.’

Newday: PKR, you started airing your dirty laundry and schisms within your party at the last party election and it has never really stopped.

Now? It is plain to all that PKR is fully imploding, much to the happiness of our current “dark overlord”’ government. You continue to play into their hands. You remind me of a big family who continually thinks the whole world revolves around them, when in fact it doesn’t.

If we don’t have a snap election called soon, you have two years to revamp the party and to actually present a platform for government that is much more than your sole focus of getting party president Anwar Ibrahim as the next prime minister, which has always been your Achilles’ heel.

Given your current divisive issues, if Perikatan Nasional (PN) calls for a snap election, you are dead and buried.

Daylight: This is good news for PKR. The sooner those who for, whatever reason, are unhappy with Anwar and the party leave to pursue their political fortune elsewhere, the better for the party to reorganise and rebuild.

Those who leave by bad-mouthing the party and its leaders do themselves no favour as the general public, and voters in particular, are not blind to events in the country and are not fools.

Bobby0: Yes, it is good that PKR is in the process of cleaning their house. At least, they know who their loyal supporters are.

This group of disloyal members led by former party deputy president Azmin Ali will be one-term politicians. They will be rejected by the people in 2023, just like what will happen to Bersatu.

At the same time, they will be further weakened as, at the polls, they will face not only the onslaught of the opposition but also Umno and PAS.

Fair Play: At the present time. Azmin and gang are the most vulnerable politically. Their MPs are friendly to Prime Minister Muhyiddin Yassin, but they are not Bersatu members. Simply put, they are homeless.

So, it is natural for Azmin to get as many PKR members, especially MPs and state assemblypersons, to defect in order to form his own political party later. Those who have defected, and those who are going to defect, are in fact his supporters.

But Azmin is very cunning. He is planning a “staggered” en masse exit to create the impression that PKR is imploding. Notice all those who resigned join an NGO linked to Azmin. He is using this to launch his own political party with members in every state.

More important to note is how many PKR MPs and state representatives are leaving. Not many at the present time. Like all politicians, they are watching very carefully. If Anwar decides to be friendly to Muhyiddin, Azmin and his MPs have the most to lose.

Besides, former prime minister Dr Mahathir Mohamad’s aggressive stand and both Amanah and DAP’s meek silence would force Anwar to either go solo or link up with Muhyiddin.

Politics is the art of the possible - no permanent friends or enemies, only political expediency.

YellowMarlin8834: With this exodus, it means PKR will have less support and might as well become a mosquito party. How is the party’s president going to be Malaysia’s next PM?

Wait for GE15, GE16 or even longer in order to build up your support again? How to implement your so-called reforms?

Democracy is a show of numbers. Don't be naive. This excuse of “cleaning house” is nonsense.

Please don't sacrifice other PKR members because of your personal problems with Mahathir. Even though he has only got five MPs, he is solidly supported by others.

NA: It's funny how some people here would really like to see PKR fall to its knees.

I am neither a PKR member nor its diehard supporter. Yet I see PKR as the beacon of hope for those who truly want to see this country be a better place than it is today. It's not perfect but it's the only truly multi-racial party that we have in this country.

The party is Malay-based but the presence of Chinese, Indians and others are for real. While DAP is also making inroads in that department but it still has some way to go.

PKR was down to a single MP in 2004, with everyone predicting its demise was just a matter of time. Yet the party is still here today in 2020.

It might be reeling by treachery and cancerous internal elements for sure but far from being read the last rites.

Many are hopeful that people will make the right moves to clean the party and rid itself of remnants of Azmin's loyalists, Trojan horses and malignant elements

Even if you, PKR, go down to one MP again - that's fine as long as your dignity and integrity remain intact. Ignore the trolls, they're the enemies.

Jonah 1: PKR is a mess, just like always. It is the least disciplined party led by a president with a jelly spine, and they want to run the country?

IndigoJaguar7545: @Jonah 1, what about Bersatu?

1) Changed its leader in the middle of a political coup.

2) Deposed the then-current prime minister, who is from its own party.

3) Sacked its founder and his supporters.

4) Brought down the government by switching coalitions in the middle of a pandemic.

5) Literally has two secretaries-general and press secretaries competing for attention.

6) Was hauled to the Federal Court to overturn Mahathir’s sacking.

7) The party founder is seeking a no-confidence motion against the party's former deputy.

You don't hear about Bersatu members leaving because it had only a dozen people in it, to begin with.

This is not to say other political parties are perfect.

Dr M foretells doom for 'traitors', resurrection of 'cash is king' in GE15
25 Jun 2020
Sec-gen: PKR remains solid despite disciplinary action against some members
24 Jun 2020
Suspended PKR assemblyperson to 'sit as Bersatu rep' in Penang
24 Jun 2020
YOURSAY | The stumbling block in Harapan Plus is…
24 Jun 2020