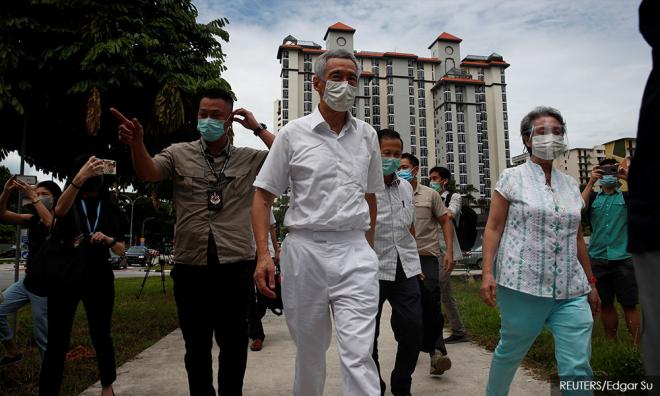 Singapore's ruling People's Action Party (PAP) extended its unbroken rule in Friday's election, but its vote share slipped near a record low as opposition parties made historic inroads in a ballot held under the cloud of the Covid-19 pandemic.

Having held power since independence in 1965, the PAP had been widely expected to win and carry Prime Minister Lee Hsien Loong to what is likely his last victory before retirement as national leader.

The PAP secured 83 out of 93 seats in parliament. But the main opposition Workers' Party won the other 10, the most ever held by opposition lawmakers, while the PAP's popular vote fell to 61 percent, down from 70 percent in 2015.

Even small shifts in the PAP's popularity can lead to major policy changes, and PM Lee struck a downbeat tone in an early morning press conference on Saturday.

"We have a clear mandate but the percentage of the popular vote is not...