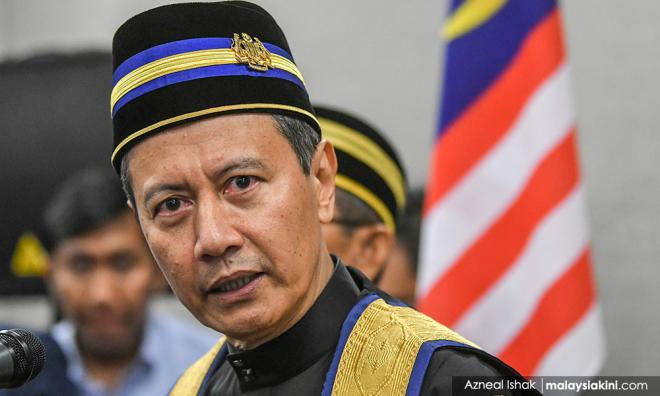 LIVE | Azhar says he will not act 'controversially' as speaker

LIVE | Today marks the first day of a full Parliament sitting since the Perikatan Nasional (PN) government took over in March. This sitting will go on until Aug 27.

The last sitting on May 18, which lasted for a single day, was only to hear the royal address with no debates allowed, prompting accusations that the PN government was trying to stall attempts to test Prime Minister Muhyiddin Yassin's majority in the House.

Since then, at least three variations of a confidence vote have been submitted by government and opposition MPs but none are likely to go to the floor as government motions always take priority over motions by individual MPs.

The government motions that are at the top of the list include four by Muhyiddin to remove the Dewan Rakyat speaker and deputy speaker and to replace them with PN's own candidates.

However, the premier's motions are now seen as a proxy confidence vote for him.

If Muhyiddin fails to rally enough MPs to remove Ariff and Nga, it could reflect on his lack of support in the House. Conversely, if he succeeds, Muhyiddin would be on a stronger footing.

According to the previous Dewan Rakyat sitting, Muhyiddin has the support of 113 MPs in the 222-member House.

Since then, Sri Gading MP Shahruddin Md Salleh had quit the government and will likely side with the opposition but this has been evened out by Lubuk Antu MP Jugah Muyang quitting PKR to become a PN-friendly independent.

Malaysiakini brings you live coverage of the developments in the Dewan Rakyat today...