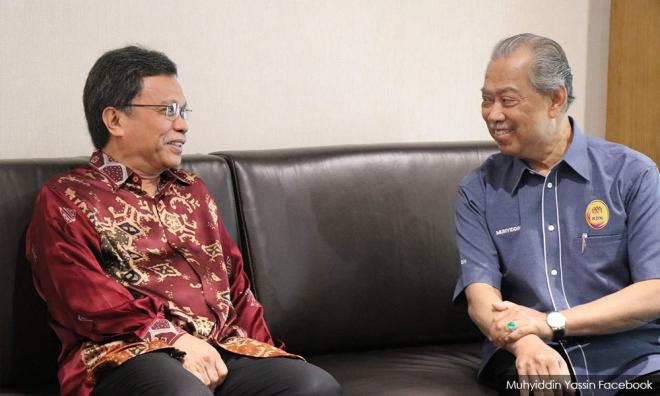 Muhyiddin invited me to join him, says Shafie Apdal

Amid the political horse-trading that followed the collapse of the Pakatan Harapan government, Shafie Apdal believes that Muhyiddin Yassin was prepared to offer him to be his number two in exchange for support.

This was revealed by the Warisan president during an interview with the press today.

"Haha. You ask him," he said in jest when asked whether the Bersatu president, who became the prime minister in March, had offered Shafie the post of deputy prime minister.

This came after Shafie spilt the tea about Muhyiddin having approached him to get Warisan support to further strengthen PN...