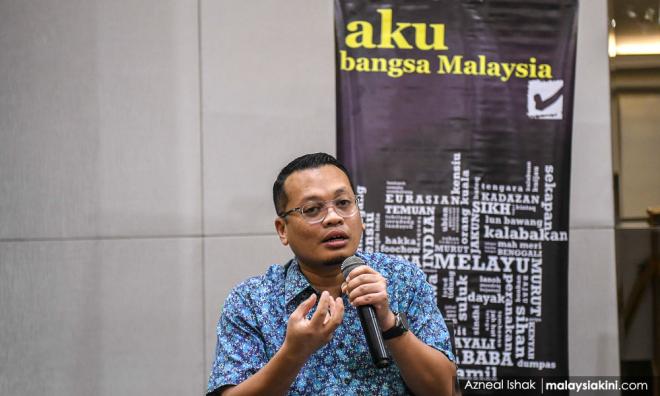 YOURSAY | The curse of racial politics in Malaysia

Nik Nazmi: Harapan didn't do enough on racial discrimination when in power

Iphonezours: Setiawangsa MP Nik Nazmi Nik Ahmad (above), you are one of the honest Members of Parliament in Pakatan Harapan.

Sadly, it was Bersatu that was not practising what it preached, with the likes of former prime minister Dr Mahathir Mohamad who always spewed racial comments about the wealth and the success of non-Malays, etc.

I think PKR, DAP, Warisan and Amanah were honest in wanting to address racial and religious issues but were held back by Bersatu and Mahathir.

Hbasil: I guess Nik Nazmi is trying to save himself, knowing that because they were not willing to confront those issues, GE15 may spell their doom.

It is really about having a genuine love for all Malaysians.

The International Convention on the Elimination of All Forms of Racial Discrimination (Icerd) and the Rome Statute of the International Criminal Court (ICC) were seen through a racial lens, without any regard for truth and the good of the country.

Sadly, no one had the guts to take the bull by its horns and speak the truth, even if it meant losing Umno/PAS Malay support. Anyway, they didn’t put Harapan into government but the supporters of Harapan did. Ultimately race and religion ruined the fragile unity within Harapan.

The non-Malays in Harapan are the real losers. The hope for a united and progressive Malaysia was shattered and I honestly believe it is the end of DAP and PKR.

IndigoKite6964: Icerd and the Rome Statute are about the basic human right not to be discriminated upon because you are of a particular race. It stems from the fact that none of us had a choice on the matter of which race we would belong to.

Not ratifying these two UN conventions because of certain groups is inexcusable. For what purpose? To preserve the handouts that some call special privileges? Or is it about perpetuating some supremacist illusion to do with race and religion?

These have been really sore events that let the whole nation down. I had once thought Harapan was to bring Malaysia out of it for the benefit of the progress of the entire country.

ZainiHussin: We are the only race in the world threatened by Icerd. If our education system was good and if we had thinking leaders who could see the benefits of Icerd in the long term, we would have ratified it.

But unfortunately, we have leaders who are hooligans and who are just there for personal interest and enrichment.

That’s why we cannot be a signatory to such conventions. Mahathir was of no help to push for it. He has no dignity at all.

BlueShark1548: Most of the Harapan members were greenhorns and serving as cabinet members for the first time.

Mahathir sidelined Anwar Ibrahim and the PKR president was naive to think that PKR advisory council chairperson Dr Wan Azizah Wan Ismail could serve in his place, for she is equally inexperienced.

DAP adviser Lim Kit Siang made a big mistake when he opted not to join the cabinet as he could have provided the greenhorns with some bargaining power against Mahathir.

Oscar Kilo: Harapan’s ideals are too lofty for most Malaysians at the moment. It will probably take a few more generations for the people mature before these ideals become more widely accepted.

Kim Quek: My greatest regret for the Harapan government was its failure to carry out mass education to counter the prevalent racial prejudice ingrained through decades of Umno’s indoctrination.

Harapan should have made full use of the state-controlled mass media to disseminate positive values of justice and equality (including racial equality) and counter prejudices and extremism incessantly fanned by Umno, PAS and other extremist organisations.

And this could be done by frequently inviting respected Islamic and political leaders to speak publicly to convey the right messages and have them publicised widely to reach the masses.

Most important of all, the prime minister, whose voice is most influential, should have spearheaded the mass education movement by constantly appearing on TV to set the tone and tempo for the nation.

If all this had been done, rectifying universal human right declarations like Icerd or the Rome Statute should have posed no serious problem.

It is only when such political mass re-education has borne fruits can the country free itself of racism to commence real national integration and progress.

Politics then will cease to be a frenzy to grab power by fanning racist and religious bigotry, but a contest on merits of leadership and competence.

Cogito Ergo Sum: Under Harapan, racial discrimination flourished and was even encouraged. The DAP was demonised from within and the Liberation Tigers of Tamil Eelam (LTTE) dragnet divided the party members.

Not only did Harapan not do anything, but it nurtured racial discrimination. Stop this deception of pretending to be better than the present lot. You did nothing and worse, encouraged it.

VS: All parties are the same. All put their hand into the cookie jar once elected. The voters are the last people they have on their minds. Once caught or threatened of their power, they become frogs and jump.

I have no respect for any of these worthless beings who do not do a decent day's work but just manipulate innocent hardworking people. Look at them in our cabinet, government, and government-linked companies (GLCs).

With the high unemployment now, has any MP volunteered to take a pay cut? I want the country to prosper but not with these parasites around.

GalaxyM: The country will remain regressive and backward as long as political parties and their political actors who represent the majority community continue to abuse race and religion to win support.

The insincere declaration of assets by leaders of the ruling government just indicates that racism and racial discrimination have indirectly made them rich through playing politics in this nation of diverse races, religions, cultures and languages.