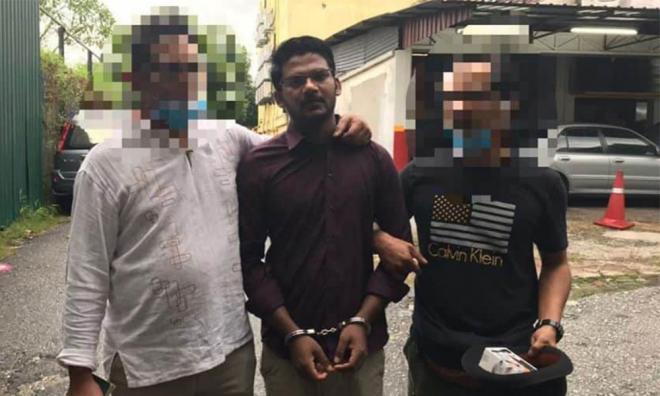 YOURSAY | ‘The government’s heavy-handedness shows insecurity and lack of confidence.’

Vijay47: Once again, we see the two faces of Malaysians.

One, of those who care for their fellowmen whatever be their station in life, even or especially foreign workers eking out a scant livelihood in areas we ourselves refuse to do.

Such Malaysians are willing to at least listen, yet often stretching out a helping hand to those in misery usually of others’ making. And this they do without expectation of reward or recognition.

Then we have the other small-minded contemptible Malaysians smug in misbegotten belief that they are somehow paragons of respect and success.

The only way they can reassure themselves of this self-deception is to heap abuse and ill-treatment on the lonely and helpless. To give meaning to his own sad life, the bully will always pick on the weak.

Nobody subscribes to the principle that those who break the law should go unpunished. But it is clear that the only offence Md Rayhan Kabir is guilty of is that he is a Bangladeshi in Malaysia.

His crime, his sin, is that he spoke out against the ill-treatment most migrant workers suffer. Even in this, he must keep quiet?

Forget about lofty ideals like freedom of speech, can’t a man even cry out when the pain finally becomes unbearable?

Residents of garbage heaps seem to arrogantly hold some perception that foreigners of lesser employment are already blessed in being allowed to work in Malaysia. To them, protest is not only ungrateful but also illegal.

Straight Citizen: I lament as I read some of the comments from fellow Malaysians who do not see the error in the mistreatment and abuse of power by the authorities on this innocent Bangladeshi migrant.

Before one writes off the poor young man, please kindly take the time to watch Al Jazeera’s full documentary with non-biased lenses and give the man a fair trial in one's brain.

We love our country but it surely cannot mean persecuting those who have done little wrong by saying things that irks some quarters and our ruling government. What freedom of speech is left in this country if one can get arrested for just sharing their perspective on air?

Al-Jazeera and the whole world community are seeing the regressive Perikatan Nasional (PN)-led government working its way towards a shadow police state.

Naghul: Everyone knows the truth and speaks the truth, but to tarnish Malaysia's name via a documentary video is not acceptable.

As a fellow human being, I feel pity for Rayhan, but as a Malaysian, I do not share the same view as him.

Anonymous 93887546720228: @Naghul, if indeed Rayhan did tarnish Malaysia’s name, it does not justify arresting and deporting him.

I know of many Malaysians who tarnished the country’s image and yet they are hailed as heroes, including the man who allegedly siphoned RM2.6 billion of taxpayers’ money into his bank account.

Just A Malaysian: The PN government should show more confidence and class. If Rayhan has wrongly slandered the government, correct it with Al Jazeera. Air your side of the story to show the world how Malaysia takes care of foreign workers who help create our export goods.

The government’s heavy-handedness shows insecurity and lack of confidence. It clearly reads "bully", and we are making a bigger issue out of it.

Apa Harapan: This is oppression by both the police and immigration. It amply demonstrates that this government is unable to take criticism, behaving like a totalitarian regime not dissimilar to past communists.

It is hypocritical to treat workers in this manner, taking a sledgehammer to kill a fly. That's the story of how the government treats ordinary people without influence or power, while big-time crooks get away scot-free.

Kepala Tak Centre: The work permit was given for Rayhan to work in Malaysia, not to give an interview to Al Jazeera with unnecessary comments about Malaysia.

Muhibah 76: So what law did Rayhan break? Are you saying that as a work permit holder, he has no civil rights?

I don’t want immigrant workers in Malaysia especially when it’s more to line the pockets of politicians, but we have given him a work permit to work and live in Malaysia.

They are not the source of the problem, our politicians are. Change that, rather than going after helpless migrant workers.

Actions must be for the right reasons; it doesn’t matter if he is Bangladeshi. It must be in accordance with the law. Arbitrary detention and deportation are blatantly wrong on so many levels.

Quigonbond: Wow, PN has certainly whipped up a fitting controversy conveniently related to xenophobia to buttress their credentials as Malay heroes, and all these protests are nicely falling into place to keep it going, while other things like the 1MDB trial, increasing unemployment, a compromised parliamentary speaker and fears of an economic meltdown are pushed aside.

MS: That @Quigonbond, is exactly the plan.

Create a foreign enemy, demonise the enemy, whip up supporters until they forget that their pain is caused by corruption, waste and economic mismanagement. It works for a while as history has shown... until the sleepwalker wakes.

Once they are done with foreign workers, they’ll start with the 'pendatangs' (immigrants).

Never will they blame themselves for always depending on others to do the heavy lifting, the dirty work of developing the country.