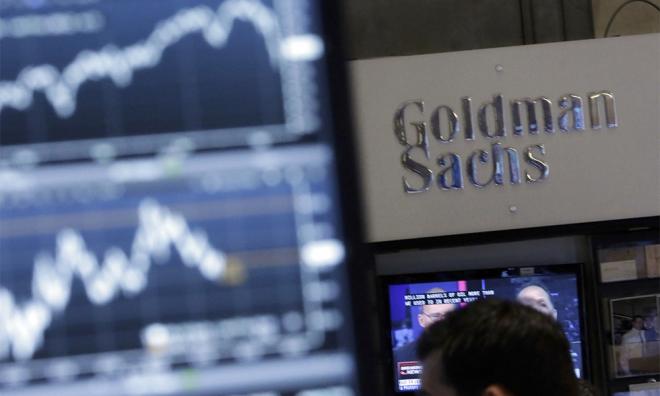 YOURSAY | Goldman Sachs laughs all the way to the bank

Malaysia Bharu: Nothing ventured, nothing gained. A demand of US$7.5 billion from investment bank Goldman Sachs which was settled for US$2.5 billion, plus asset recovery of US$1.4 billion (redundant?), is a triumph for Finance Minister Tengku Zafrul Abdul Aziz?

Former attorney-general Tommy Thomas’ response that the settlement was “rushed and premature” seem an understatement. It is more like “desperation”.

Can Zafrul tell us what was the hurry to settle for less than half our initial demand, noting that Thomas had charged Goldman Sachs and 17 of its directors for criminal misconduct and the principle has admitted to the 1MDB felony?

The rushed settlement appears to have been negotiated from a position of weakness for populist and quick gains. This is obvious from Zafrul's boast of securing a 'concluded settlement' rather than an advantageous and profitable one, bearing in mind that our projected liability from this scam is in the region of US$9.5 billion.

This is a clear reflection of the weakness of the negotiating team, presenting Goldman Sachs the last laugh on a platter. This is a betrayal on our taxpayers, our children and theirs as they will bear the heavy consequences of this debacle.

OceanMaster: "There is no imprisonment provision against a corporation. The penalty would have been only a fine. The fine would not have been sufficient to cover the 1MDB losses suffered," said Zafrul.

If you go back and revisit the case of Arthur Andersen, the audit firm, and its role in the Enron scandal, you will realise how powerful the outcome is on public perception, though eventually Arthur Andersen was theoretically left off the hook by the US Supreme Court due to technical issues. But the damage done to its name and reputation was so huge that Arthur Andersen just disappeared.

It is not about the fine but the risk Goldman Sachs will have to take in facing up to the state, in Malaysian courts, on the biggest kleptocrat scandal in history.

In a reputational measure, it is no less than getting into the same cage with a hungry Malayan tiger. It will have such a massive reputational fallout, whether found guilty or not, that Goldman Sachs will face long-term effects globally.

I am sure Goldman Sachs will not want to play poker with this case. Hated by a large segment of the American public and world over for countless reasons, what Goldman Sachs paid as settlement is loose change vis-à-vis the potential the risk they were facing.

The finance minister and the AG, and by extension, the people of Malaysia, has been taken to the cleaners by Goldman Sachs.

Clearwater: The 17 directors of Goldman Sachs charged by Thomas must have breathed a collective sigh of relief when the settlement was reached.

A criminal trial would have been devastating for them personally and for the company they work for. It would not be amiss if they each send a thank-you note to Malaysia's current AG and finance minister.

Anonymous_Gem49: Goldman Sachs is laughing all the way to the bank.

What is wrong with Malaysia? Do the politicians care so little for the suffering masses. It appears that those who hold the reins of power have no conscience whatsoever. They would sell their family if it enriches them.

Vijay47: Former AG Tommy Thomas, the thrust of my comment below is essentially directed towards the finance minister’s statement in a related article. However, the complimentary aspects are obviously applicable to you.

Like it or not, Zafrul, for a finance minister who explained that all the recent appointments to head government-linked companies (GLCs) were made only after rigorous interviews to evaluate the candidates’ expertise, you understandably do not impress anyone, ample use of words like populism, pragmatism, and illusory guarantee notwithstanding.

And your reliance on some illusory success that AG Idrus Harun is supposed to have achieved hardly enhances your credibility.

Granted that the layperson, like most of us are, cannot at all tell the difference between the various concepts encountered in the demands by the previous illegally-usurped government and the settlement you now meekly put your signature on.

Our yardstick is a much humbler foundation - the person making the statement. Thus, when it comes to a choice between what you and Idrus have to say and the position adopted by Thomas, it is, as they say, a given.

This settlement with Goldman Sachs is simply another in the fake-gold harvest accomplished by this government. You as finance minister might recall the generous results enjoyed by one Riza Aziz of ‘Wolf of Wall Street’ fame and also by former Sabah chief minister Musa Aman presently still shocked by the curveball Warisan leader Shafie Apdal threw him.

Our courtly decisions have reached a stage where the acronym DNAA (discharge not amounting to an acquittal) carries with it a connotation not discussed in polite company. In board games, it is the equivalent of ‘Get out of jail free card’, a charity the government now seems to have a monopoly on.

Your own contribution to quotations for posterity is the pride you take in the unholy quantum accepted in the Goldman Sachs settlement. Your amazing logic, for a finance minister at that, is that this sum is more than what Thomas contemptuously threw out and ergo, you are the better man.

The bottom line seems to be that these days, crime indeed does pay.

Is PN now taking all the 1MDB cases settlements as money falling from the sky? It is not. It was money robbed from us.

Please appreciate the hard work put in by the Harapan government. They worked so hard to the point they did not notice a coup was taking shape behind their back.

Cogito Ergo Sum: Political expedience dictated the speed and dubious deal negotiated by PN. They took the no-frills, easy route which produced much less returns because they need the money to finance GE15.

If the matter went to trial, it would have taken years to settle, but the wait would have been worth it. The finance minister knows that time is what they don’t have.

And for generations to come, Malaysians will be deprived of what is rightfully theirs because the PN government knows it won’t last very long. Where is the ‘maruah’ that has been threatened by all and sundry?

Thomas is right. We should charge the directors for fraud, issue an arrest warrant and drag them over here to face trial. We would have got at least US$10 billion.

COMMENT | Did Zafrul wilfully mislead over ‘US$3.9b’ Goldman deal?
5 Aug 2020
Ex-minister: Govt could have got more from Goldman Sachs if it wasn't hasty
4 Aug 2020
Chose pragmatism over populism - Zafrul defends Goldman settlement
3 Aug 2020
COMMENT | Not so fast, ‘US$3.9bil’ deal with Goldman another lousy one
26 Jul 2020