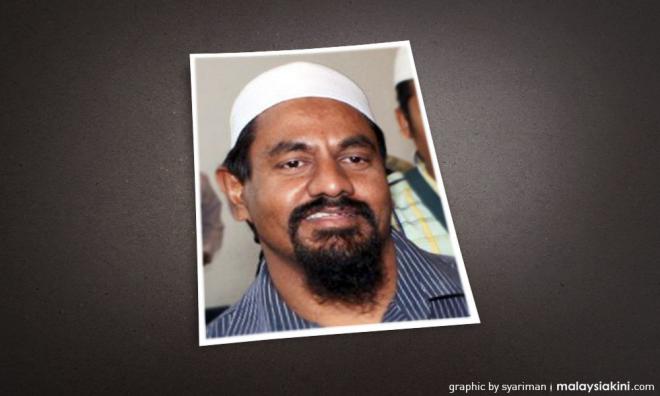 YOURSAY | He evaded Malaysian police, and he’s not Jho Low

Vijay47: According to the Inspector General of Police (IGP) Abdul Hamid Bador, the police forces around the world are unable to nail K Pathmanathan, who changed his name to Muhammad Riduan Abdullah upon conversion.

This international fugitive extraordinaire flits “ke sana, ke sini” every so often, leaving in his wake enforcement agencies confused as to his whereabouts. The child kidnapper’s greater skill in evading detection teams is that he takes his daughter along with him.

So every six months, assuming he restricts his movements to within Asean countries not requiring entry visas, he packs up and takes it on the lam, dragging along the unfortunate girl.

Not so, as you say? He actually does his great escaping acts alone? Then where is the daughter, Hamid? Why have you not returned her to the devastated mother?

The Federal Court itself imposed two obligations on the police - the arrest of the kidnapper and the return of the child to the mother. You are a miserable failure in both?

My fervent hope is that if the Independent Police Complaints and Misconduct Commission (IPCMC) ever sees the light of day, you will be the first one to be investigated. At least, possibly, for gross dereliction of duty.

Malaysia Bharu: It is hard to believe that Riduan is moving freely with daughter Prasana Diksa among foreign countries to hide from our law enforcers.

What is he - 007 with an international licence to move around at his whims and fancies? We would like to know which rogue countries are abetting such criminals on the run.

Can the immigration authorities reveal his and Prasana's passport details and the records of their movements in and out of the country? Or is the home minister telling us that Malaysians, foreigners, and people smugglers are moving freely through our borders?

Don't these men have even an ounce of shame to concede to this incompetence? Are they devoid of conscience to tell these sickening stories to the grieving mother? Cruel and inhuman is more like it.

Vgeorgemy: Yes, does this mean that Riduan never renewed his passport after illegally leaving the country with a child?

It seems the ministry playing hide-and-seek with an ‘international human trafficker’ who is evading the rule of law.

IndigoKite6964: When there is a warrant of arrest for a person, they are automatically barred from leaving the country - unless they leave by way of the “rat trails” and were not caught.

That warrant was first issued by the Ipoh High Court and later, the Federal Court many years ago.

But I remember that even “worm holes” are not a problem for the police, who wanted to arrest the “bak kut teh” couple’s Ramadan greeting on social media.

That Riduan is outside the country is a convenient excuse – and he is moving from place to place following the footsteps of Low Taek Jho, aka Jho Low, it seems.

Anonymous 79: It is very funny and weird. While our IGP is able to find out that Jho Low is in Macau, he is not able to locate where is Riduan.

It seems like Riduan is more powerful than Jho Low.

Steven Ong: Indeed, how can a wanted fugitive slip through the immigration checkpoint?

Malaysia is not a safe place any more, where fugitives from Indonesia and assassination squads can slip in, while an inexperienced wanted man can slip out.

The suspicion is that he got help to slip out the border.

Anon25: Any reasonably intelligent Malaysian can see this is a dishonest answer by the Home Ministry. Why?

For the following reason - Riduan is not a man of means. He cannot travel far. He must be either in Malaysia or Thailand.

Former IGP Mohamad Fuzi Harun claimed in 2018 that Riduan was still in Malaysia. The present IGP Hamid, who said he knew where the child was, had offered to bring her back for a “happy reunion” early this year.

Hmmmmmmmm: I thought the IGP said that he knew where the man was not too long ago. So why wasn't he arrested then? Now, they tell us that he is no longer in the country?

This seems to imply that both PDRM and the Immigration Department have defied the court order? There doesn't seem to be any will to arrest the man. Period.

HangTuahPJ: Last I read, Riduan was hiding in Golok and sometimes moves into Kelantan.

Anyway, when you knew where he was, why didn’t you arrest him? Why did you allow or enable him to run away?

I find it hard to believe that Riduan would go to these lengths just to hide his one daughter. To give up his freedom and his access to his other two children just for one child? As a parent, I find this a little difficult to swallow.

BluePanther4725: It's a total failure of our police force for failing to return M Indira Gandhi's daughter back to her rightful mother after so many years. Whether it's deliberate or not, it reflects very badly on our police force.

What's appalling is no one in the police, especially the IGP, is taking any responsibility over this failure in the discharge of duty. There is no penalty and no one is fired over this. Malaysia has become a failed state.