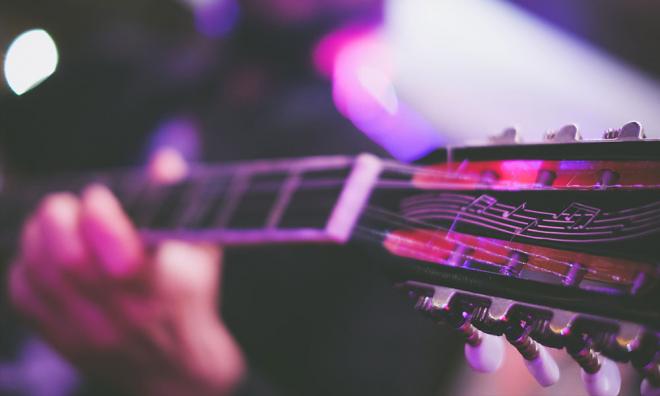 Pubs are closing, musicians are forced to sell their instruments, the future is bleak and the prime minister is making jokes about it.

Distraught musicians and nightclub owners joined Federation of Malaysian Entertainment Industry president Liew Poon Siak in expressing dismay over Prime Minister Muhyiddin Yassin's remark that it might be best for nightclubs to remain closed since it would be difficult to observe physical distancing in these premises.

“Malaysians are quick to acknowledge the richness of our cultural diversity, but very quickly forget that this unique diversity also comes with a tolerance of beliefs and practices that are different from one's own.

“The recent decision to keep the pub and nightclub industry on lockdown in Malaysia is an example of a decision made with a low level of tolerance for our cultural and economic diversity,” said Adil Johan, Research Fellow at UKM’s Institute of Ethnic Studies, who also plays the saxophone for Nadir and Azmyl Yunor Orkes Padu.

Adil said Malaysia needs to acknowledge that the pub and nightclub industry is not just a place where non-Muslims get drunk and behave rowdily.

“In fact, these venues are very important spaces for networking and maintaining good social ties among Malaysians. It is also where many Malaysian musicians and entertainers, both Muslims and non-Muslims, earn an honest living to entertain the clientele of these venues.

“More so, we have to acknowledge that such venues also offer employment to many Malay-Muslims as well as non-Malay bumiputera F&B professionals,” Adil told Malaysiakini.

Liew had said yesterday that ever since the movement control order (MCO) was implemented in March, bars and pubs have not been allowed to operate, and added that these businesses, which contributed to the nation's economy, are struggling to remain afloat.

He went on to urge Muhyiddin to retract his statement and show concern for the situation.

Muhyiddin had made his remark at a Perikatan Nasional convention in Kuala Lumpur on Tuesday.

The prime minister said the economy has shown signs of recovery after the government reopened almost all sectors.

“Only pubs and nightclubs have yet to resume business. But I feel it may be a good thing if they don't open at all,” he added with a smile.

A video of the event showed PAS president Abdul Hadi Awang and controversial preacher Ridhuan Tee Abdullah among those who applauded this remark.

At this point, Muhyiddin added: “Because (it is) hard to practise physical distancing for obvious reasons.”

Earlier in April, Tourism, Arts and Culture Minister Nancy Shukri courted flak from musicians over what they claimed was a lack of understanding of the industry and its players, when in an interview with Astro Awani's "Consider This" programme, she said it was "easy" for those in the arts to adapt to the current situation.

Majority live from paycheck to paycheck

Dave Avran is editor of The Musician magazine and has been an advocate in the industry for decades.

“The economic hardship caused by the pandemic has badly affected clubs, pubs and live musicians. Some pubs and clubs with a kitchen have modified their operations to become a restaurant and reopened, but many have closed.

“Live circuit musicians live from paycheck to paycheck without any EPF, Socso, insurance and medical benefits. The majority don't have any savings or a day job to fall back on and all their money is used for clothes, hair and equipment upgrades to stay competitive.

“They have been jobless for six months now and are facing another four months of no work. Although two musician associations have approached the government and proposed a restoration with strict standard operating procedures (SOPs), the situation persists,” Avran said.

In May, Malaysian Buskers Club (MYBC) president Wady Hamdan estimated the busking industry’s loss as being more than RM10 million in the first two months under MCO.

Wady, who has 13,000 buskers and freelance performers under his umbrella body, said each day of non-performance means a substantial loss to the sector.

Avran said some musicians have resorted to selling their beloved instruments just to survive while others are selling home-cooked food and stuff at bazaars.

“Even busking in line with National Security Council SOP has been interrupted and stopped as there is confusion with DBKL and MBPJ officials interpreting the guidelines differently.

“There is a disconnect and the musicians are frustrated and feeling abandoned in their time of need,” added Avran.

He said musicians were also divided among a number of associations and that there was very little concrete aid trickling down.

Musician and nightclub owner Russell Curtis said he was very disappointed to hear their concerns treated in a cavalier fashion.

“People’s livelihoods are definitely not a laughing matter. A remark as such, (whether said in jest or not) is very disappointing to hear from a prime minister who has claimed to be people-centric,” he said.

Musicians scared to speak out

Calvin Guneratne is a former member of rock band Lost Souls and ex-owner of Jalan Gasing pub Ol’Skool. Despite being involved in the industry for more than 25 years, he has seen this negative trend coming.

“We are all foolish to let the government dictate how we live and run our lives based on a narrow moral understanding,” he said.

“If we don't know how to make a stand, then it's goodbye to entertainment forever in Malaysia, and we can be similar to Brunei. This government is reliant on support from the rural conservatives and wants to make them happy while in the meantime, the industry is bleeding and suffering.

“The government wants us to change our livelihood and on a numbers game, we will always lose out,” claimed Gunaratne.

A number of previously vocal advocates from the industry when contacted declined to comment on the issue, saying that they feared being targeted.

Others questioned if Muhyiddin’s political reliance on PAS was going to destroy a number of industries, saying that if his coalition retained power with an increased majority in the 15th general election, the people could expect all pubs, discos and nightclubs to be phased out, and eventually close permanently. The alcohol industry, casinos, horse racing and lotteries could also be expected to suffer.

Azmyl Yunor (below) is one musician who feels that musicians must find ways to innovate.

“For those in the independent/underground music circuit, I see it as a good time to focus on creating and adapting content to the digital environment.

“We have to leverage on this downtime with something constructive, somehow - since live shows, a staple of this community, has been affected,” Azmyl told Malaysiakini.

He added that he was looking at a sustainable long-term form of online live music, which may one day develop into a parallel platform next to live shows.

Meanwhile, Adil said he hoped that the social and cultural value of live music performances would be recognised.

“Such venues are in fact an important part of Malaysia's F&B, entertainment and business ecosystem.

“The social and cultural value of such spaces is immeasurable and there needs to be serious consideration of how this industry may be revived during the extended recovery MCO.

“Strict SOPs can be observed and physical distancing can be maintained."

Adil reminded Malaysians that many of their music legends got their start in nightclubs.

“We have to remember, if we didn't have establishments like these, such as the live music pubs of the 1980s, we wouldn't have national treasures like Ella, The Alleycats, Search and Carefree (among many others).

“They are examples of entertainers in Malaysia who started their careers in pubs and nightclubs and who also truly reflect our nation's acceptance and adoption of cultural diversity.”