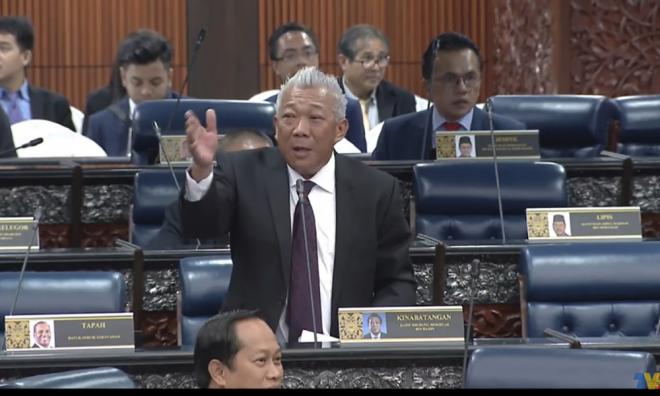 YOURSAY | The trouble with our ‘honourable’ YBs

YOURSAY | ‘Politicians whom we all think don't deserve to be elected are still being repeatedly voted in.’

COMMENT | Are our elected reps worthy of being called YB?

MS: There are two connected reasons for the problem of having these “Yang Berhormat” (YBs) as members of parliament (MPs) which writer K Pakaran has described - ignorance and laziness.

Most of the foolish representatives urban Malaysians have come to loath, get elected in rural and semi-rural constituencies where ignorance is endemic and feudal instincts are strong.

In urban areas where there is really no shortage of information-sharing among a relatively better-educated population, the problem arises from the tendency of voters to blindly vote for the party rather than individuals.

This is caused by the basic laziness of voters to probe and reject those unworthy of their votes. In many cases, the blind vote for a particular urban candidate is fuelled by pent-up contempt for the opposing party - often the ruling party.

So, unless there is greater and more intense scrutiny of candidates by truly independent media, NGOs and activists, nothing will change - Malaysians will continue to reap the bitter harvest of crooks, shysters and tailless amphibians the country is now known for.

15572988: Pakaran said it very well and it is a reality that the majority of MPs we have now were not chosen by the rakyat to be in Parliament.

This batch of MPs include betrayers and those facing criminal charges who came through the backdoor of the Perikatan Nasional (PN) government.

So, at the end of the day, we have a Parliament that consists of hooligans rather than reputable MPs.

Predy: This has been one of the more objective and optimistic commentaries I have read so far.

Although Pakaran is shedding light on the intolerable misbehaviours of MPs from our current ruling party, he did not hesitate to point out these behaviours are present in both divides.

More importantly, he did not only blame the government party for not taking action. He also reminded us that we actually have the power to vote out people who are unfit of the YB title.

On that note, I strongly believe MPs should still be bestowed with the title YB. However, it is our responsibility to call out and vote out misbehaving MPs from tarnishing the YB title.

GrayPuma6770: YB or not, their actions and speech will determine whether they are worthy of the title. Many MPs don't even respect differing viewpoints of their opponents in Parliament.

Some even dare to hurl sexist and racist remarks which obviously don't even adhere to the simplest basic provisions of privileged speech, blatantly violating the sanctity of the House.

This isn't the wrestling ring. Indeed, these YBs shame the country.

Bani Adam: The problem is some of them, although not being courteous towards their fellow parliamentarians, have strong grassroots support. Even some of their constituents do not care how their elected MPs behave in Parliament.

Hence, a total mindset reset is needed. Only when the rakyat demand it will the whole political arena change.

Hobo60: Vote those dishonourable, dishonest and disgraceful YBs out once and for all.

They only know how to use foul language and launch personal attacks against one another and seldom use their time in parliamentary sittings to engage in meaningful debates related to the welfare of the rakyat they represent.

They waste their time and still get paid anyway. We are being made fools and this time around, we need to prepare and vote those troublemakers out no matter which parties they come from.

Remember, let’s not ever see them in our Parliament again. They are a disgrace to their family and our nation.

Chelsea Poh: Despite their disgraceful conduct and dubious records, politicians that we all think don't deserve the posts are still being repeatedly voted in.

So, it goes back to the root of the problem - the lack of political awareness and maturity among the voters.

It is the voters themselves who instead of critically analysing and evaluating the performances of their MPs, are blindly supporting them.

This will continue to happen if no action is taken by the government to revamp the education system, and churning out a generation with critical thinking skills and so forth.

But the problem is for all the foul languages and clownish behaviour these idiots have displayed in Parliament, these cockalorums will still be re-elected come the next general election.

So, my belief is that we voters are at fault. After 63 years of slumber, Malaysians need to wake up and realise that it is our innate duty to choose our MPs responsibly.

Cogito Ergo Sum: This comment piece is well-articulated. Our politicians are riddled with all sorts of scandals save a few.

Very few have a Malaysian agenda. It’s time the people take over the running of the government. Only it will be a government of the people, by the people and for the people.

Just A Malaysian: In our society, sadly there is a premium for people with the so-called raw jantan (macho) trait - the guts to disrupt and emote when things do not go their way.

This is a sign of emotional immaturity and all that yelling and screaming are taken as bravery by some. It masks their inferiority complex and allows a kind of shallow chest-thumping.

Our YBs still have some way to evolve into a more thinking, civilised and mature debater.