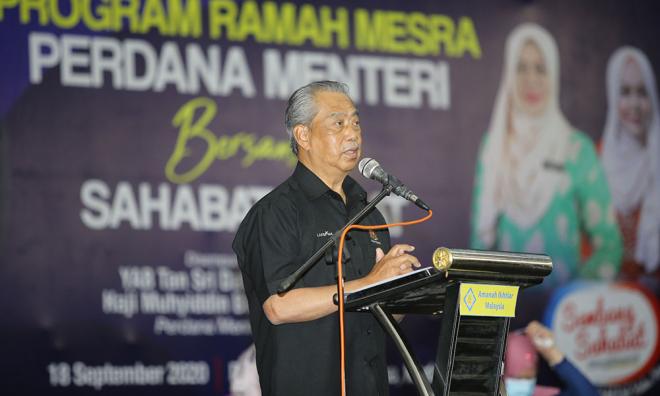 MP SPEAKS | The stage is set for a showdown over Muhyiddin Yassin as prime minister when the Sabah state general election is over this Saturday.

Muhyiddin had turned the Sabah state general election into a forerunner of the 15th general election when he said in Kota Belud yesterday that if the Perikatan Nasional (PN)-BN-PBS alliance was to win in the coming Sabah state election, a snap general would not be far away.

The Sabah general election is a result of a Bersatu plot that went wrong, for the political “frogs” who backed former chief minister Musa Aman who tried to capture the Sabah state government and not to precipitate a state election.

But Warisan leader Shafie Apbal was one step ahead of Musa...

Umno should not have fielded party-hopper in Melalap - PBS deputy
20 Sep 2020
Cheers and dance at ceramah attended by Najib, Bung Moktar
19 Sep 2020
Hajiji denies being puppet of Musa Aman
19 Sep 2020
Behind the scenes of breakdown that exacerbated friendly-fire in PN
19 Sep 2020