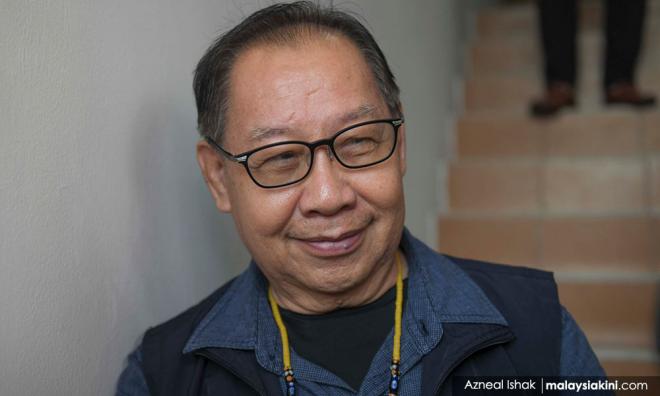 Tambunan - Will Jeffrey stave off the paramount leader's disciple?

SABAH POLLS | In the interiors of Keningau lies an idyllic town called Tambunan, which lies in the valley separating the Crocker Range and Trus Madi mountains.

Tambunan is famous for its rice and ginger farms as well as the place of Mat Salleh's last stand. He was a local chief from the Lingkabo district and Sugut River who rebelled against the British North Borneo Chartered Company.

It is also remembered as the birthplace of Parti Bersatu Sabah (PBS) - which ruled the state from 1985 until 1994.

PBS founder and former chief minister Joseph Pairin Kitingan, 80, was the Tambunan state assemblyperson for more than 30 years before he was ousted by his younger brother Jeffrey Gapari in 2018.

Jeffrey is the leader of the fledgeling Parti Solidariti Tanah Airku (Star) and won by securing 46.78 percent of the vote, effectively ending Pairin's political career.

During the Sept 26 elections, Jeffrey will be defending his seat, and one of his opponents is Tambunan PBS division vice-chief Silverius Bruno - who was mentored by Joseph.

Silverius is making his electoral debut, but he is a known figure locally. He was appointed as Pemimpin Pembangunan Masyarakat (PPM), a state government representative between 2013 and 2017. He knows the people and terrain well.

Speaking to Malaysiakini, Silverius said Joseph's loss during the 2018 elections was due to PBS' association with Umno and BN at the time.

On its own, PBS and Joseph - who is regarded by the Kadazan Murut Dusun as their "Huguan Siou" (paramount leader) - was still respected in Tambunan.

"Our 'Huguan Siou' lost only because of federal government issues such as 1MDB and GST.

"The opposition had also accused us of being subservient to Umno. These are the reasons why Joseph lost to Jeffrey with only a slight majority," he said.

"PBS is still strong in Tambunan, and we are positive that we can get back this seat."

Joseph founded PBS in March 1985, and it is predominantly a Kadazan Dusun Murut political party, although it has members of all ethnic groups.

The following month, PBS defeated the BN-aligned Berjaya and established a new government, marking BN's first-ever defeat at state polls since the coalition was formed in 1973.

PBS joined BN in 1986 but withdrew in 1990. It rejoined BN in 2002 before withdrawing again in 2018 after the coalition lost the general election.

Now a shadow of its former self compared to its glory in the late '80s and early '90s, PBS is hoping to make a comeback by fielding 22 candidates for the Sabah elections, up from 13 in 2018.

Silverius is optimistic about PBS' changes, stressing that the party has learnt its lesson. For instance, the party had chosen to use its own logo again as a sign that it will never take orders from Kuala Lumpur.

"Pairin lost the last time because PBS used the BN logo. Sabahans, after all, do have some reservations at Malayan political parties and harbour some anti-Malaya sentiments. Sabahans are also dissatisfied with Umno controlling everything in Sabah," he said.

Silverius also believes that the people of Tambunan are still sentimental about PBS and he was confident that Jeffrey would be defeated even though he is a deputy federal minister with more resources.

"Jeffrey's victory was because he was an opposition politician then campaigning against a federal issue.

"But now the tides have turned and we are not cooperating with Umno anymore, whereas Jeffrey is the one working with PAS within the PN coalition. That is why we are using this issue," he said.

When Malaysiakini saw Jeffrey at a rally on Sept 15, he told supporters that the PN coalition was also a "Sabahan" coalition, which was vastly different from BN.

Unlike BN, Jeffrey said PN was a coalition of equal partners.

"Both PN and Pakatan Harapan were formed by Malayan political parties while PN was formed by Star, PBS and Sabah Progressive Party (Sapp).

"We (Sabahans) formed PN. Therefore PN belongs to us. That is why, by using the PN logo, it is representing us. That is the difference," he said.

Jeffrey's proclamation omitted the fact that Bersatu, a Selangor-based party, is part of PN. He also mistakenly referred to PBS as a PN component.

Although PBS and Star are both in the PN-led federal government, the relationship between the two parties is tense as both parties will be facing each other in the contest for six seats.

Silverius told Malaysiakini that Jeffery and Star have been inconsistent and dishonest.

"I don't know how he is able to change his strategy. Now everyone is criticising him for being inconsistent with his words. Whereas, we (PBS) are on the right track."

Silverius, 53, acknowledged that part of the reason why Joseph lost during the 2018 elections was that some people felt the latter was too old.

"Now they have no reason to reject me because I'm considered rather young in politics," he said.

It is understood that Joseph will be joining the campaign during the final few days of campaigning, including in Tambunan and Melalap. PBS deputy president Radin Malleh has been fielded in Melalap.