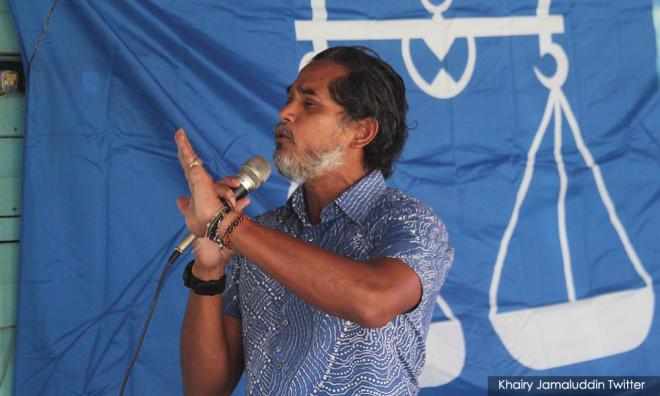 KJ: Shafie chose Dr M who refused to give oil tax instead of Muhyiddin

SABAH POLLS | Science, Technology and Innovation Minister Khairy Jamaluddin said Warisan president Shafie Apdal chose to support Dr Mahathir Mohamad even though the former premier did not want to give the sales tax from Petronas to Sabah throughout his tenure as prime minister.

“When Muhyiddin Yassin became prime minister, Shafie had a choice to support either Mahathir or Muhyiddin.

“He chose to support Mahathir, who did not want to give the oil sales tax to the people of Sabah and Sarawak,” Khairy said during a ceramah at the Tempasuk state seat in Kota Belud today.

He said Mahathir was prime minister for two years with the Pakatan Harapan administration but had refused to give Sabah and Sarawak the oil sales tax from Petronas.

“This is what Muhyiddin has done and he said after the Sabah election, he will ask Petronas to give the sales tax to Sabahans as well,” he said.

Khairy also reminded that during Mahathir’s prime ministership, Sabah and Sarawak did not receive much development.

He also added that it was the Sarawak government that first insisted to the federal government that Petronas should pay the oil sales tax directly to the state government. If this was agreed to, Sabah would have received the same deal.

“This was the Sarawak government which did this. The (Sabah) Warisan government was weak and just followed along,” Khairy criticised.

Following the nearly RM3 billion collected in sales tax by the Sarawak government on Sept 17, Shafie said on the campaign trail that he will ensure Petronas pays Sabah the sales tax as well if Warisan is returned to power in the coming polls.