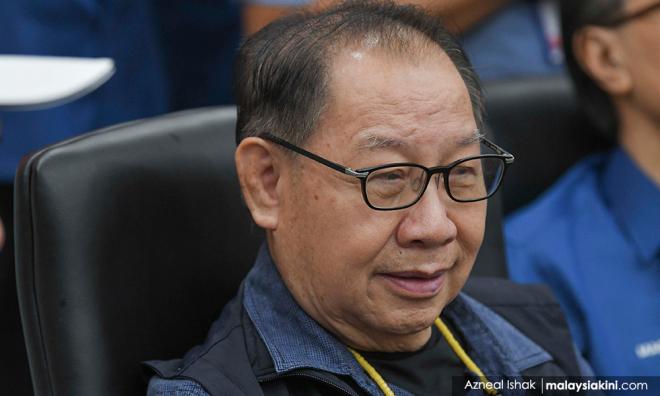 "Independent candidates are not our candidates. (What they do) is beyond our control," he told reporters in Keningau today.

On Sept 16, Kitingan (above) publicly said that his party was endorsing independent candidate and Inanam incumbent Kenny Chua and a few unspecified others.

Chua himself claimed to have the "blessing" of the Perikatan Nasional (PN) coalition, which Star is a member of. He has been spotted campaigning in PN's colours.

Chua will be defending the Inanam seat against 10 other candidates, including a candidate from Parti Bersatu Sabah (PBS).

PBS is a "partner" of Gabungan Rakyat Sabah (GRS), a mega coalition which consists of the PN and BN coalitions, as well as PBS.

"This is because we (GRS) have candidates for every constituency. If (independents) want to use our name, I see that positively," he said.

In the case of Inanam, Azmin said PN will support GRS, and hence will be supporting the PBS candidate WilIiam Majimbon.