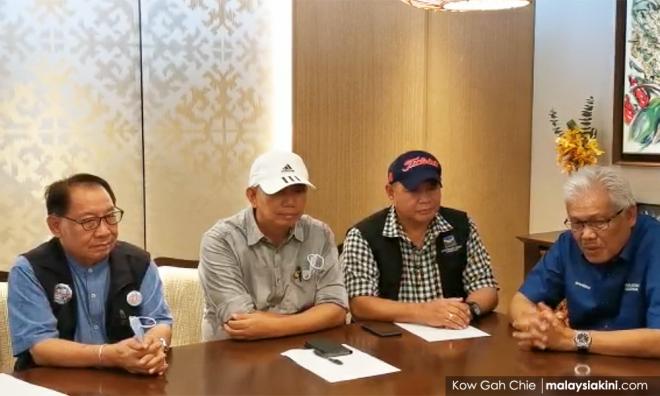 SABAH POLLS | Parti Bersatu Sabah (PBS) has agreed to cease its campaign for the Tambunan and Bingkor seats, paving the way for Parti Solidariti Tanah Airku (Star) to defend these two constituencies it won in 2018.

The agreement was reached following a meeting presided over by Perikatan Nasional (PN) secretary-general Hamzah Zainudin. Tambunan is the birthplace of PBS.

In return, Star will, according to its president Jeffrey Kitingan, ensure that independent candidates Pransol Tiying and Marcel Jude support the PBS candidates for the Bengkoka and Api-Api seats respectively.

Kitingan said the two independent candidates were said to be endorsed by Star but his party has nothing to do with them.

Hamzah said Star pledged to support PBS candidates in both Api-Api and Bengkoka.

Under Section 9 of the Elections (Conduct of Elections) Regulations 1981, a candidate can only withdraw from an election by 10am on nomination day.

This means that logos and names of the candidates who "withdraw" after that day from the race will still appear on the respective ballot slips.

On nomination day, there were 17 seats in which parties from the PN-BN-PBS alliance found themselves facing each other in the state election due this Saturday.

According to Hamzah, the three political entities are still working on resolving disputes involving 15 other seats.

This included five more seats which will see clashes between PBS and Star.

"We are still in negotiation. I have spoken to BN secretary-general Annuar Musa. They are now talking to their own people and once we agree to certain terms, we will do that (make an announcement)," he said.

Hamzah added that this was made possible following a few discussions and a meeting with PBS president Maximus Ongkili and Kitingan respectively.

Meanwhile, PBS secretary-general Jahid Jahim said PBS has written to the Election Commission (EC) to notify that the party is no longer using its logo in Tambunan and Bingkor.

He said Ongkili had advised PBS not to contest with other allies in Gabungan Rakyat Sabah.