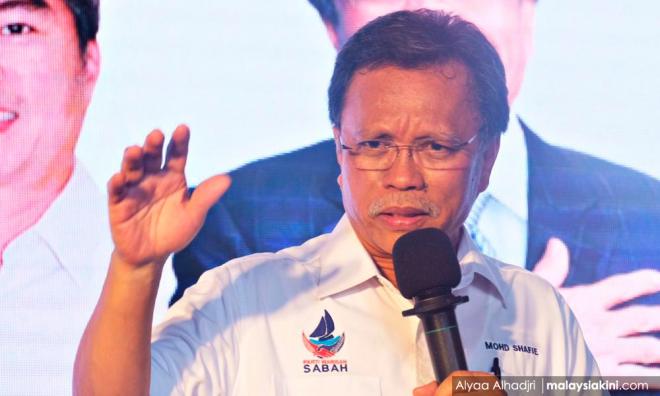 Shafie said Mohamaddin's remarks had been misunderstood and was not meant to insult the security forces.

"As Warisan president and (incumbent) Sabah chief minister, I apologise to all security forces, their families, and all Malaysians over the recent remarks of one leader.

"His (Mohamaddin's) remarks, which were spontaneous, was misunderstood and had no intention whatsoever to offend soldiers and security forces who have sacrificed their lives to defend this country," he said in a statement today.

In a short video clip which went viral early Monday, Mohamaddin (photo) had told voters while campaigning that the 2013 Lahad Datu incident was only a sandiwara (staged act) by the federal government then.

He claimed that the Umno-led government had done so to secure support from Sabahans in the 13th general election, which was conducted later the same year.

Mohamaddin had since apologised for his comment saying that the short video clip of his remarks had been taken out of context.

Shafie said as a former deputy defence minister, he understands the hardships that security forces go through when protecting the country's borders, especially in remote Sabah outposts.

He also appreciated their efforts as frontliners during the Covid-19 pandemic.

"This aid was not given by any other state in Malaysia.

"The amount is not much compared to the risk and sacrifices of the country's heroes, but it shows the Sabah government's commitment (to security forces) even if they are under federal jurisdiction," he added.

Army voters Malaysiakini spoke to indicate a wave of unhappiness towards Mohamaddin's remarks, with some saying they are switching their votes because of it.