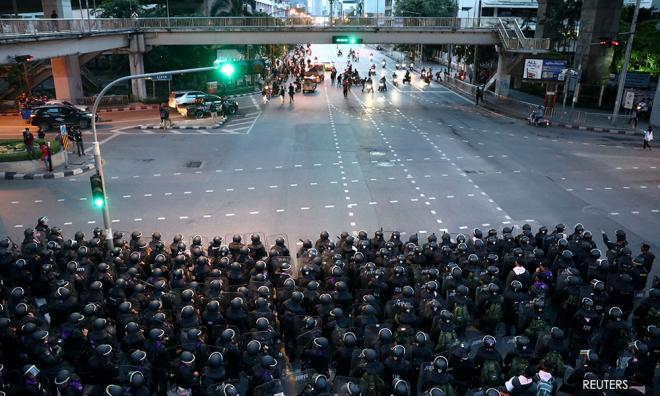 Within 30 minutes of emergency orders, justified partly on the grounds of disturbing a royal motorcade, riot police drove away protesters who had camped outside Prayuth's offices to demand his removal and a new Constitution.

"The situation right now is tantamount to a coup," said Tattep Ruangprapaikitseree, one of the few protest leaders still free.

Police said they arrested more than 20 people for refusing to cooperate with officers clearing the protest from the prime minister's office. Among those arrested were two of the most vocal critics of the monarchy. Another was picked up later...