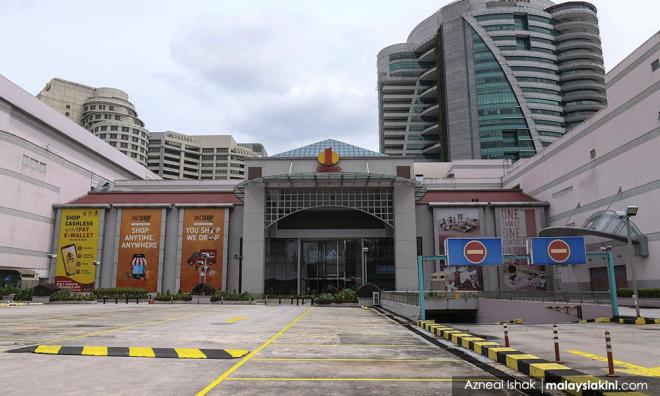 1. Sabah still has the highest number of new Covid-19 cases, but cases in the Klang Valley have surged and accounted for more than a quarter of the cases reported in Malaysia yesterday. Most of the cases in Selangor are from a cluster involving the 1 Utama shopping complex.

2. Labuan is the latest area to come under the conditional movement control order, which takes effect from tomorrow until Oct 30. Meanwhile, the Johor Bahru City Council has ordered morning, night and other markets to close, from today onwards.

3. Some villagers in Semporna, Sabah, have been cut off from food supplies and have yet to receive food aid after the enhanced movement control order was imposed from Oct 10.

4. The Sabah chapter of the Malaysian Medical Association (MMA) has initiated a donation campaign to supply healthcare equipment and personal protective equipment (PPE) to frontliners there. Members of the public can chip in too.

5. BN secretary-general Annuar Musa downplayed his visit to Prime Minister Muhyiddin Yassin at his official residence yesterday, where another car with the words “Istana Negara” was sighted.

7. Zahid said Umno’s decision to review its relationship with Perikatan Nasional is not linked to ongoing court cases against Umno leaders, such as himself, but Padang Rengas MP Nazri Abdul Aziz cited “selective prosecution” as a factor driving the decision.

8. A picture of Gua Musang MP Tengku Razaleigh Hamzah together with former prime minister Dr Mahathir Mohamad and several others has surfaced online, but attempts to seek clarification led to conflicting claims as to when and where the photograph was taken.

9. Plantation Industries and Commodities Minister Mohd Khairuddin Aman Razali has urged the attorney-general to announce the findings of the AG’s Chambers investigation into his alleged violation of a 14-day mandatory quarantine order.

10. A former political secretary of former defence minister Mohamad Sabu has been charged with five counts of accepting and soliciting bribes, amounting to RM6.35 million, to help a company to secure projects from the ministry.