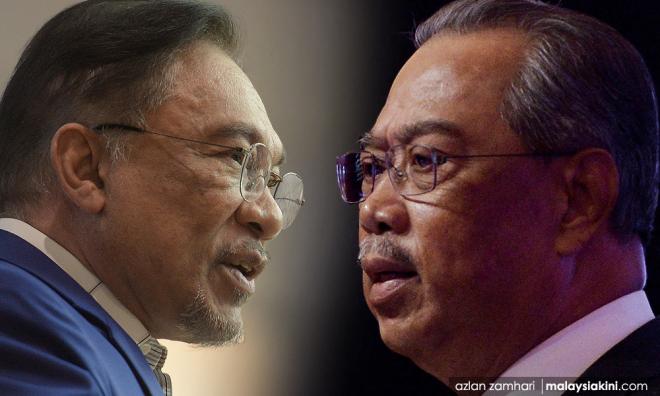 COMMENT | PM's tricky dilemma: To go in dignity or stay in infamy

COMMENT | To metaphorically describe the dilemma distressing Prime Minister Muhyiddin Yassin and certain Umno and PAS factions, and Opposition Leader Anwar Ibrahim, they are “huddled closely on a leaking boat floating in a shark-infested sea.”

Understandably, no one leader is prepared to make the ultimate sacrifice of abandoning the boat, albeit with a life jacket, to reduce the worrisome load and slacken the leak (read to buy time) until, they hope, rescue arrives.

The palpable dilemma is this: it is one thing to battle for Muhyiddin’s administration to soldier on or to aggressively dislodge the prime minister legitimately.

But what is the true motive behind such a move, which is another matter altogether? Is it to help Malaysia deal appropriately with the Covid-19 pandemic and prevent impending economic collapse or is it for vested interest or to prevent certain politicians from facing corruption charges?

Muhyiddin is entrapped in a tricky no-win situation: if he tries pleasing some politicians or satisfies the demands from certain Umno factions, it would naturally invite negative reactions, not only from his allies, but also from his opponents...