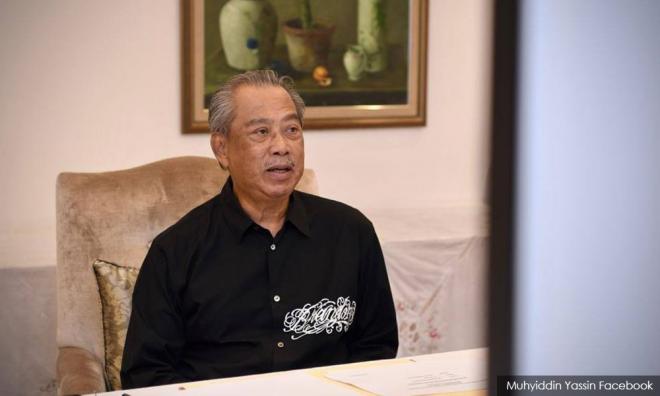 COMMENT | Malaysians are united in wanting to stop the harmful effects of Covid-19. Overwhelmingly, they want good governance in health policy and policy interventions to help the economy and they appreciate the need for additional measures to address vulnerable communities. Most Malaysians are willing to follow inconvenient procedures, including giving up some freedoms, to help others.

There is widespread recognition that the initial administrative response by Muhyiddin Yassin's government to Covid-19 was strong, but at the same time, its actions in recent months have contributed to and worsened the country’s Covid-19 situation. Double-standards, poor handling of information and communication, failure to respond to urgent calls for resources in Sabah and to adopt new and inclusive approaches to the changing circumstances of the virus have costs lives. The public has watched with concern the wider spread and higher mortality of Covid-19, deeply worried about livelihoods and fatigued by the pandemic and the politicking surrounding the pandemic.

Making mistakes is part of the reality of adjusting to the new uncertainties of this pandemic world. It is crucial to recognise these mistakes and learn from them. Yesterday’s decision to ask to prorogue parliament, evoke Article 150 of the Malaysian Constitution and call for a darurat or ‘emergency’ declaration is a mistake.

This decision - supposedly temporary, - will tear at the fabric of an already angry and divided society. It may cost lives – well beyond the lives already lost. Below, I lay out three arguments against the use of darurat provisions as being advocated by Muhyiddin's government and urge a reconsideration of this decision.

Malaysia already has legal provisions to manage a disaster. These measures used through the Prevention and Control of Infectious Diseases Act 1988 and the National Security Act 2016 to impose lockdowns, empower officials and enforce quarantines have been used effectively to stop two waves of Covid-19. The measures already being used replicate the disaster health ‘emergency’ responses being used across most of the world.

No argument has been made outlining the need for additional legal measures to improve Covid-19. In fact, the government has failed to provide a plan for how it will move forward on Covid-19 or even recognise how its own actions have worsened the current situation. An argument for greater powers should rest on evidence and none has been provided.

One argument for a darurat has rested on the need for a political majority to pass a financial bill in parliament. The fact is Muhyiddin has lost the support of the majority in Parliament, but this does not mean he cannot get the budget through in November. An approach that reaches out for support on the finance bill is much more constructive than an insecure response calling to get around parliament. In fact, rather than securing deals, political compromises tied to national interest rather than personal interest are more secure. Further political outreach is needed to resolve the impasse before using this lever of power.

In fact, the record in Malaysia to date is that political elites have put aside differences to support additional relief aid. This happened when the supplemental bill was passed in Parliament in July and there are no meaningful indicators that elites would oppose measures that are seen to help citizens. It would be political suicide, and despite all the self-destructive politicking in recent months, when push comes to providing relief there is common ground. In fact, the July Parliament discussions improved measures and would do so again, as Malaysia needs to bring different ideas, to capitalise on all of its resources, to address the challenges Covid-19 brings.

The argument that the political environment is stopping measures addressing the economy and health response is not accurate. Even highly politically divided societies such as the United States have found common ground to work out relief measures. Malaysian political elites, even those blinded by their ambition and egos, can and have done the same.

Darurat is primarily a reflection of Muhyiddin’s political insecurity. Lacking justification, it provides little security for the nation as it showcases weakness, not strength. Markets, businesses and investors are concerned with this decision, as they are fully aware that rather the contribute to addressing Covid-19 a measure that takes away and curbs policy debate and public accountability is not in their interests.

Globally, there is little evidence that emergency provisions involving the dissolution or sidelining of legislative assemblies as being articulated have helped a Covid-19 response. In fact, the opposite is true. Further politicising Covid-19, excluding voices calling for greater accountability and narrowing engagement, has been harmful.

It is worth looking at the different patterns that have existed globally within democracies. There are three: some democracies have used existing laws to implement crisis provisions. Disaster emergencies have been declared (and later removed). Good examples of these include South Korea, France, Spain and Italy. These have helped countries respond to the unique conditions of the pandemic. Throughout Parliament has been respected.

In many countries, elections have been carried out without any increase in Covid-19, as was the case in South Korea. This was also the case in Chini and Slim in Malaysia. A second group has introduced disaster emergency measures but implemented them unevenly and poorly. Here, the United States, Brazil, Indonesia and the Philippines are illustrative. The poor implementation has contributed to political polarisation and widened the class and political divides in these societies. A third group has introduced measures that undercut the democratic system, measures that extend beyond disaster relief measures to curb rights and weaken political institutions. These measures have been seen to benefit those in office, squash dissent and cover-up poor governance. Examples include Israel and Hungary. The impact has been both poor responses to Covid-19 and an even more divided, distrustful and divided society to address Covid-19.

Malaysia’s darurat measure being introduced by Muhyiddin's government believed to involve Article 150 of the Malaysian Constitution and seen by many to be in his interest and for his party’s political allies driven by political insecurity, is among the worst of all emergency measures introduced globally.

Debates across the world have examined what conditions have been more effective in addressing Covid-19, with conflicting interpretations. Among these debates is some basic agreement: state capacity with good health systems, political will, trust in government and in society, good communication and inclusive common-sense policies that recognise differences, avoid discriminatory practices and adapt to changing circumstances.

To improve Malaysia’s response to Covid-19, measures should strengthen health systems such as those in Sabah, reflect political will against those who disobey the laws for trips to Turkey, make data more transparent and shared to work with state governments to improve the Covid-19 response, stop making poor and tasteless jokes while improving clarity in communication and extend outreach. All of these can be done without a darurat.

Malaysians are ready to help – they are and can be genuine partners in Covid-19 relief and do not have to be controlled through a controversial ‘emergency’ measure that is above and beyond the exceptional health control measures already available in legislation such as the Prevention and Control of Infectious Diseases Act and the National Security Act.

While a result of a fragmented coalition system, Muhyiddin’s government is one lacking in legitimacy from the start among many Malaysians. It was not the mandate that was elected in 2018. While initially popular for its relief, active interventions and decline in politicking, it has experienced a sharp decline in this popularity and mismanaged its relationship with its political allies.

Distrust was always there from the onset. This distrust has moved to increase frustration, disillusionment, disappointment and even anger. These resentments are growing - against the current government, against politicians, against the circumstances that the country is facing. Political cynicism is growing, undermining the effectiveness of governance. All of the senior political elites are at fault. The economic vulnerabilities in the society are further fueling frustrations, disproportionately among young people. Emergency rule as being proposed will only feed these strong emotions, without the promise or capability to address the causes of the frustrations and anger. It will feed the distrust.

At the same time, Malaysia is a highly politically polarised society, along race, religious and ideological lines. These cleavages are close to the surface and tied into political loyalties, including support (or not) for Muhyiddin’s government. Over the past six months, quiet tensions along racial lines have grown among ethnic minorities, while these similar sentiments among the Malay majority have reduced. The initial period of Covid-19 interventions allowed many to put aside these sentiments for the good of the nation.

Introducing this darurat measure will change this dynamic. An emergency rule will be seen by many Malaysians through the lens of different political poles. Already there are calls for protest and political mobilisation around this measure. Malaysians are sharply divided over their support for democracy, but those who support it would (and have) have bravely stood up to defend democratic practices.

One does not have to look far to see the social effect of the closure of democratic practices with the protests in Thailand and Indonesia. Malaysians have come out on the street before. The anger and frustrations are real and these protests at a time such as Covid-19 can escalate, as fear, anxiety and vulnerability do not contribute to rational responses. When leadership legitimacy erodes, its capacity to respond is undermined. Democracy provides a means for conflict resolution, and the parliament is an important forum for political debate. When democratic institutions are undercut and mandates put aside, this leaves an imprint and can leave permanent scars.

There are also challenging ethnic issues. Given the trauma caused by the 1969 Emergency, the memory of the traumas of the past is shaping the interpretation of the current measure. Sadly, many see a darurat as a means to further undercut and discriminate against minorities and to allow unchecked control over sensitive issues of religion to take hold. The suspicions and trauma felt are real and should not be ignored.

A darurat will deepen political polarisation in Malaysian society and cause more trauma at a time when a crisis is already very damaging. Minimally, this will undercut the cooperation needed to address Covid-19, a crisis that is hitting everyone and vulnerable communities especially hard.

Muhyiddin’s measure is not needed, it is not the type of measure needed to improve the Covid-19 response and will leave a damaging imprint on society in turmoil. A darurat should be opposed and rejected.

COMMENT | Declaring emergency would be unconstitutional
24 Oct 2020
Agong to discuss cabinet's suggestions with other rulers, calls for calm
24 Oct 2020
Report: The goal of emergency is to avoid Budget 2021 vote
24 Oct 2020
Declaration of emergency in our history
23 Oct 2020