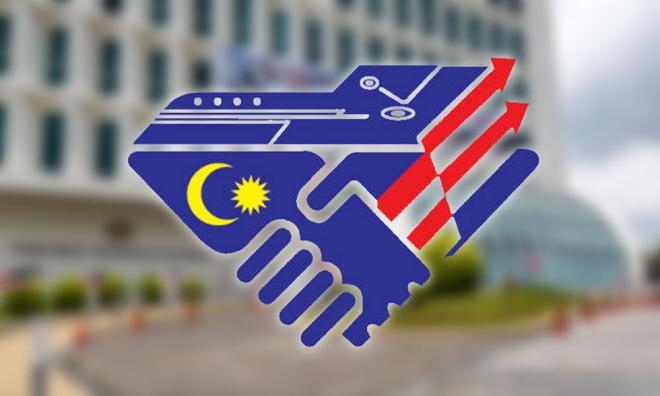 YOURSAY | If Jasa is not for propaganda, then what is it for?

Jasa for propaganda? That era is over - Wan Saiful

Kim Quek: While the former Jasa (Special Affairs Department) had functioned as a propaganda outfit of Umno, the current revived Jasa is intended to be a high-power propaganda arm of the small power clique in Bersatu to rapidly spread the party’s wings among the Malay masses.

That Umno has nothing to do with its current revival is reflected in its leaders’ ignorance of it.

Even Communications and Multimedia Minister Saifuddin Abdullah couldn’t answer what the revived Jasa is for when confronted by reporters over the current astronomical hike of its allocation to RM85.5 million, which is four times its previous allocation.

DAP’s Lim Guan Eng is right - reject Budget 2021 if this abominable Jasa allocation is not scrapped.

Newday: Another delusion by a now confirmed Perikatan Nasional (PN) puppet. Jasa has nothing to do with welfare, business or jobs.

Bersatu information chief Wan Saiful Wan Jan, you can dress up the shop front as much as you like; we know the difference.

If as you say it has changed, then call it something else. The name Jasa is severely tarnished. It invokes fear of repression and was used as a vehicle to brainwash the masses to bow to our almost God-like leaders.

The Pakatan Harapan government didn’t do as much as they should have, but disbanding Jasa was a huge plus.

Not Bitten Twice: The previous Harapan government cancelled Jasa because it was a more honest government which did not need propaganda to burnish their credentials.

This backdoor government is different. Its image is so bad that it needs this agency to work overtime with a big budget thrown in.

This is possibly to pay, among others, cybertroopers who have already shown their tentacles in many media, both online and mainstream.

Vgeorgemy: Wan Saiful is talking down to the population on the assumption that we are stupid.

The gathering of information is at the grassroots level of the respective agencies and departments services through digitalisation at no cost to the public treasury.

The Jasa allocation is to prepare a platform to loot the public monies in the name of race, religion and special rights as in the case of 1MDB.

MokhtarAhmad: Instead of taking care of a political propaganda outfit, the government should do more for our frontliners, the jobless and the minority communities.

Look at the US, how President-elect Joe Biden has been given an overwhelming mandate to help tackle Covid-19, the frontliners, the jobless and the minorities. Only then can we call ourselves a civilised nation.

Otherwise, we are just another banana republic with leaders enriching themselves.

Shovelnose: So, if Jasa is meant to control the dissemination of accurate and true information, all the other departments can be misconstrued as being fake or unverifiable?

This double speak belongs in another time. If the departments can be trusted to release information which they alone are supposedly experts in, what are they even doing having that particular department?

You might as well be one single big PM’s Department, as you think you're the omnipotent ‘Abah’.

And you need RM85.5 million, at the expense of the people, to propagate unity and fight fake news on Covid-19? My toes are laughing.

The biggest perpetrators of disunity in the country is BN and PN through racial discrimination carried out by both through discriminatory, divide-and-rule policies. Period.

So, all this bull about Jasa going to be a saviour on unity is crap, misleading and a threat to the plural society of Malaysia.

Jasa’s revival with its huge budget is mainly to pursue Bersatu’s agenda to consolidate itself and further divide Malaysians, as its chequered past has shown.

FairMalaysia: I doubt that this is all what the Communications and Multimedia Ministry will do.

During the Harapan administration, I had been quite vocal and cross with the appointment of Gobind Singh Deo as information minister.

I had written a number of times that he was unsuitable for the position as he failed to realise how important the ministry was to disseminate government policies and had even pointed out how Mohamad Rahmat had done the job.

I am not talking about Gobind as a person. He is a marvellous guy but was unsuitable as a minister. He was more wrapped up in the semantics. That was a wasted golden opportunity.

OrangePony5652: Come on, how much different can it be if you are not spying on the citizens? The allocation is four times more than that utilised by previous BN government administration.

It's because your government came through the rear door that you are afraid of being kicked out in GE15 that you needed to spy on social media.

BlackTiger7716: Why have this outfit when we need money to help the poor people in the streets who are Malaysians fighting daily to put food on the table?

Why take on religious line when all races irrespective of colour and gender are now jobless and suffering? Why can’t we use this fund to generate business to improve the economy of our lovely country?

Worried Sick: If the allocation for Jasa is not removed from the Budget 2021 proposals, the opposition must vote Budget 2021 down.

We do not want another racist organisation, funded by public money, in our country propagating a racist theme to us and our children in this beautiful country.