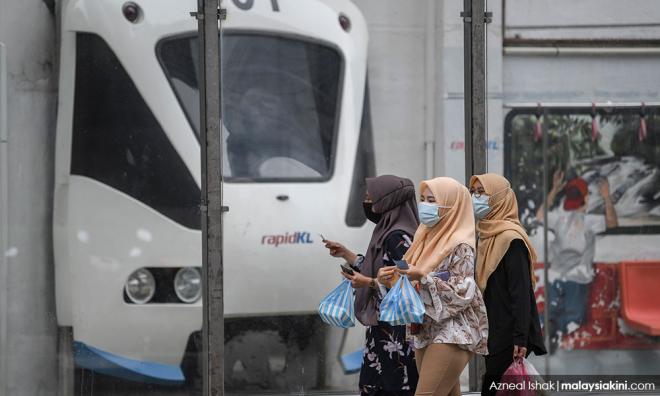 Klang Valley Covid-19 cases outpace Sabah, and other news you may have missed

1. Covid-19 cases in Klang Valley yesterday eclipse those in Sabah, while Health Ministry director-general urged those waiting for their test results to be patient. Bangi lawmaker Ong Kian Ming questioned whether the spike was due to a backlog in testing.

2. Police have found 13 out of 400 people “missing” from the enhanced movement control order (EMCO) area in Medan 88, Sepang, but said they did not run away as previously reported but were frightened by the sight of army personnel installing barbed wires around their houses.

3. The government has relaxed conditional MCO (CMCO) restrictions to allow up to three people of the same household to travel in the same car, after the rationale for the rule came under question.

4. Former Universiti Malaya Association of New Youth (Umany) president Wong Yan Ke has claimed trial to charges of disobedience to an order by a public servant. The latest instalment of KiniGuide dwells on Umany’s history and activism.

5. Bank Negara Malaysia governor Nor Shamsiah Mohd Yunus dismissed the notion that those who face difficulty repaying their loans would not get help without a blanket loan moratorium, as they could still seek more tailored solutions for their financial needs.

6. Sabah Bersatu chief Masidi Manjun said the party has yet to decide on whether to contest in the Batu Sapi by-election.

7. Both the government and former prime minister Dr Mahathir Mohamad insisted that the termination of Mohamed Apandi Ali’s contract as attorney-general was lawful.

8. Petaling Jaya police chief Nik Ezanee Mohd Faisal will undergo home quarantine for the second time in a month after being identified as a close contact of Covid-19 patient.

9. Bintulu MP Tiong King Sing said he does not mind the criticism against him over this remarks on Health Ministry’s Noor Hisham Abdullah, if it meant holding the director-general accountable.

10. Deputy Education Minister (II) Muslimin Yahya said the government does not intend to recognise the Unified Examination Certificate until it complies with the national education policy, and he has not received the UEC special review committee’s report.