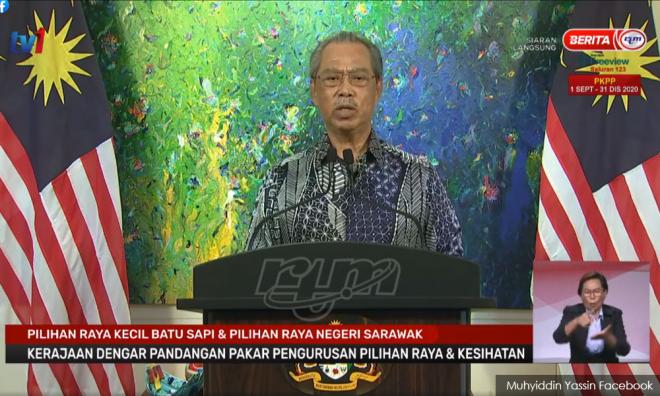 1. A state of emergency has been declared in Batu Sapi to put off the upcoming by-election there, but Prime Minister Muhyiddin Yassin gave his assurance that life will go on under the conditional movement control order in the constituency and the by-election would be held once the Covid-19 pandemic is over.

2. The National Palace revealed a crucial impediment to holding the by-election through postal ballots – nearly half the constituents have addresses, but with no house number.

3. Puchong MP Gobind Singh Deo has questioned the government’s priorities in allocating RM85.7 million to revive the Special Affairs Department, even as the government broadcaster RTM is short on funds.

4. Malaysia has signed a five-year deal on vaccine supply and research with China, just as the Chinese firm Sinovac reported promising mid-stage clinical trial results for its CoronaVac vaccine candidate.

5. Pfizer has finalised its late-stage vaccine trial results and said its vaccine candidate is 95 percent effective against Covid-19.

6. Sarawak Bank Employees’ Union head Andrew Lo has urged the EPF not to sacrifice its member’s retirement savings for immediate gratification, but for some, the EPF’s i-Sinar facility offers an opportunity to pay off debts or start a new venture. Meanwhile,

7. Defence Minister Ismail Sabri Yaakob said the National Security Council will decide on Friday whether to lift the conditional MCO on some states that have recorded a low number of cases.

8. The Public Accounts Committee (PAC) is investigating 1BestariNet again, after some of the project’s objectives remain unachieved.

9. Several MPs on both sides of the Dewan Rakyat have proposed a windfall tax on companies that have reaped huge profits during the Covid-19 pandemic, such as glove makers.

10. Scientists have cast doubt on a study claiming to have detected Covid-19 antibodies in Italian blood samples that predate the first reported cases in China, saying that more testing is needed.