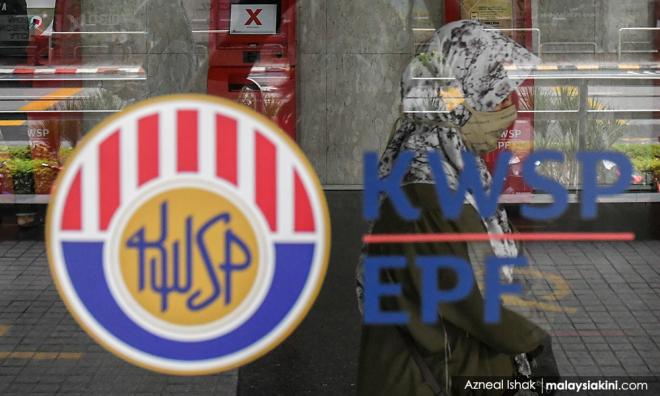 Vijay47: After all that fire-and-brimstone talk, the parliamentary session on Budget 2021, at least at the first stage, ended up with as much of a bang as a wet squib.

As usual, the biggest idiots obviously are we the public; we never learn from history entrenched in stone, we still march to the slaughterhouse filled with hope.

All that Thursday afternoon’s tea-party revealed was that being given your own money is supposedly the greatest gift of all – and just offer some goodies and our good-for-nothing parliamentarians will lap it up hook, line and stinker. No, that’s not a typo.

As it turns out, it looks like the oldest profession in the world is not the other one but politics.

Constitutional Supremacy: Mahfuz Omar of Amanah had asked for a bloc vote against the budget. Only 13 MPs stood up to support him. But support of 15 was required. Thus, the Pokok Sena MP’s proposal fell short.

What were PKR and DAP doing? Why did they not support Mahfuz?

Where is opposition leader Anwar Ibrahim’s 30 MPs from Umno? There’s information that some from PKR had supported the Supply Bill. Even Anwar does not appear to have control over his own party.

It is not about losing the vote, but the lacklustre performance of Pakatan Harapan. It looks like Harapan should look for a new leader. It is very ineffective now. Harapan could not even make use of this chance to enable change.

RDX: @Constitutional Supremacy, the problem is this is a checkmate budget for Harapan MPs especially for non-Malay MPs.

If they did not support it, Perikatan Nasional (PN) would come out with a statement to say DAP and gang did not support the budget because this budget is for the Malays. Or tomorrow all media headlines would be Harapan didn't respect the Agong by voting against the budget.

Hence, all kept quiet and will wait for the next election.

Rentap: Only 13 of 109 opposition MPs objected to the voice vote? PKR, DAP, Amanah, you have failed the rakyat.

This was your one chance to redeem yourselves and stop the havoc Prime Minister Muhyiddin Yassin is causing. This really shows we need to purge all current MPs.

They are all useless save these 13 who tried to stop the budget. I’m going independent from now on.

P_Mammen: Well, the parliamentarians have shown their true colours.

After a hyped-up week, opposition MPs equipped with their rhetorical flare showed their fierce disapproval over lopsided allocations to Jasa (Special Affairs Department), but finally none had the gall to stop its passing at this stage of voting.

I guess at this point I will take solace in the fact that this is not the first time, neither will it be the last. The parliamentarians, especially the ones representing the opposition parties, have let us down.

OrangePony5652: PN played a good hand of cards in neutralising those contrarians in Umno at the last minute, agreeing to the moratorium and the one-off RM10,000 Employees Provident Fund (EPF) withdrawal.

Harapan leadership certainly were caught by surprise when additional millions were further promised to the fisherfolk and farmers and frontliners, though vaguely.

The stage is set for the next battle at the committee stage where every single budget proposal in every ministry will be questioned and voted on.

I hope this last-minute strategy by Harapan leadership makes sense and the opposition will come out victorious on Dec 17 (when the budget goes for the final vote).

Pokokelapa: Looking at the situation now, even if the budget was voted down and the PN government were to fall, there will be severe restlessness with no one to lead and form a new government. It will be a big mess.

An election will mean a disaster. An emergency will put the country spiralling into further uncertainty.

Anyway, there is no point talking. I just hope the opposition can get something done by making this stand to support the passing of the budget.

Anonymous_47029368: On the EPF Account 1 withdrawal expansion, between having no food on the table now to feed your family versus future retirement requirements, the choice is obvious. It is their money anyway.

Sun: Only nuts will laud a proposal to increase EPF withdrawals. These are hard-earned savings meant to finance old age. Early withdrawal will result in low or zero financial provisions post-retirement.

Instead, interest-free loans should be provided for those in need and cash transfers to the really hard-up cases.

Wira: How much would be the total withdrawals expected from EPF this time after further relaxation today. Does anyone have the figures?

This is like asking the retired or those near retirement, along with their hard-earned money with the EPF, to support the working population.

Where is EPF going to get the cash flow? Borrow from the government?

Plebian: Indeed, how is the EPF withdrawal a goodie? It's basically one hand giving to the other, with insufficient savings at retirement as the "reward".

Providing universal basic income, now that's a goodie. But to expect that kind of progressive thinking from this government is futile.

Anonymous54: The rakyat will have to use their EPF savings to help themselves and the PN government called it government aid…

Freethinker: PN, don't get comfortable. The budget can still be defeated in the next two rounds of voting. No one will show their cards until it really matters.