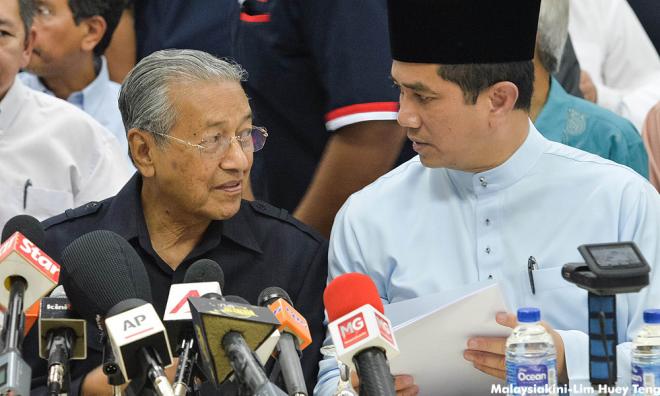 “I was at the Sheraton Hotel, and I was told that the statutory declarations were gathered without the knowledge of Mahathir and Mukhriz Mahathir.

“(I was told) they would form a new government called Perikatan Nasional (PN). The two prime minister candidates were Mahathir and (Prime Minister) Muhyiddin Yassin,” Sallehudin said in a statement today.

He said Mahathir had refused to lead the PN government because that...