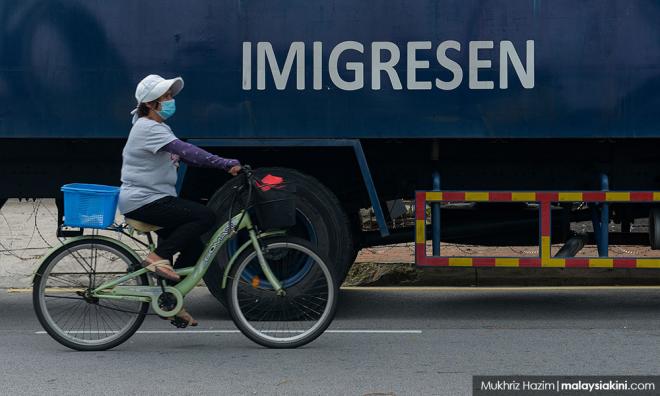 1. The Immigration Department repatriated 1,086 Myanmar nationals yesterday, despite an interim court order to stop the deportation pending a hearing today. Several groups claim this amounts to a contempt of court.

2. In another contempt case, Malaysiakini has settled its RM500,000 fine, thanks to the generosity of 6,527 donors who collectively helped raise RM749,371. The news portal is still exploring ways to use the excess funds.

3. Registration has finally opened for those interested in getting vaccinated against Covid-19. Many states have been busy with final preparations for today’s vaccine rollout. At the same time, the US Centers for Disease Control explains what side effects to expect after a month’s experience with the Pfizer-BioNTech vaccine rollout.

4. A new Health Ministry circular no longer limits Covid-19 testing to any group, but will still prioritise symptomatic and high-risk close contacts.

5. Defence Minister Ismail Sabri Yaakob clarified the confusion behind the ban on interdistrict travel and said those wrongly fined could appeal. He also dismissed accusations that the government had ‘flip-flopped’ with its frequent changes to movement control order procedures.

6. Prime Minister Muhyiddin Yassin's efforts to consolidate Perikatan Nasional ahead of the 15th general election have caused a divided Umno, and their ally PAS is also becoming unsettled.

8. Lawyers representing former Tabung Haji chairperson Abdul Azeez Abdul Rahim argued that the corruption and money laundering charges against their client were defective, groundless and made in bad faith.

10. The Department of Environment (DOE) has extended the public consultation period for the Lynas permanent disposal facility in Bukit Ketam until March 19.