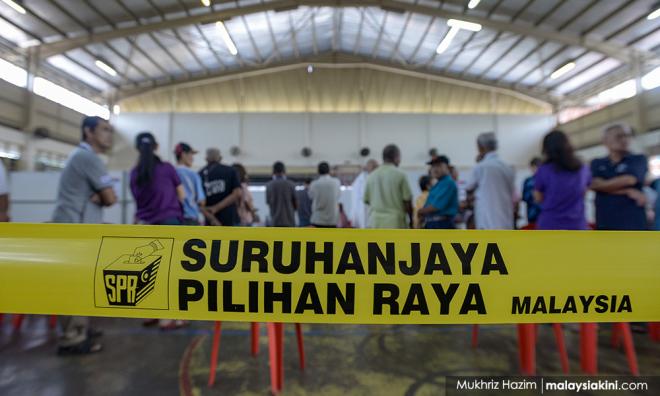 EC delays Undi18 to next year, youths under 21 likely can't vote in GE15

Youths aged 18 to 20 will likely not be able to vote in the next general election, which is expected to be held once the state of emergency is lifted in August.

This came after the Election Commission (EC) decided to postpone the implementation of Undi18, including automatic voter registration to Sept 1, next year.

The EC estimated around 1.2 million youths in the age group will be affected.

Asked whether the 2022 date was a typo, an EC source repeatedly affirmed the timeline, saying that it was agreed in a meeting today.

In a statement, the EC said its preparations had been affected by the movement control order (MCO).

"The EC would like to explain that preparations towards the implementation (of Undi18) are still ongoing... this includes developing systems, checks, and streamlining data, consultations with government agencies, political parties, and NGOs; as well as other preparations.

"However, the EC is realistic with the current developments and situation in the country, which generally is still under the MCO to curb the Covid-19 pandemic. This directly affects the EC's planning and preparations.

"As such, automatic voter registration and Undi18 are expected to be implemented after Sept 1, 2022, after evaluating the various obstacles and issues which have affected the EC's plans and early preparations," said commission chief Abdul Ghani Salleh.

Ghani added that an interim report on Undi18 implementation would be published in September this year.

In 2019, the Dewan Rakyat unanimously supported amendments to lower the voting age, as well as the age for election candidacy to 18.

The amendments would also allow for automatic voter registration.

They were gazetted on Sept 10 that year.

However, then-EC chairperson Azhar Azizan Harun said that it would take time for the amendments to be implemented, with the exception of allowing 18-year-olds to contest as candidates.