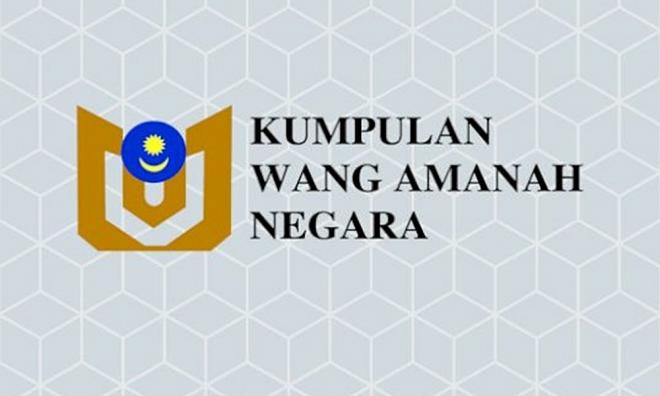 YOURSAY | 'Kwan not a kawan to take money from'

YOURSAY | 'The govt never goes bankrupt, it is the rakyat who will be taken to the cleaners.'

Putrajaya to use RM5b of Kwan's fund for vaccine programme

Dr Raman Letchumanan: Mr Finance Minister aka top banker, reading the news about how dire our financial situation is like reading my own opinion piece I wrote on Feb 10 entitled 'Malaysia's economic life: Sick or terminally ill?'

I see so many similarities, just that I said it six weeks ago, at the time you and your government were raving about how well the economy is doing and predicting a V-shaped rebound to pre-pandemic days within the year.

As an ordinary citizen I can see that, but you as the finance minister with all the resources, inside information and driving the financial and economic system of the country, got it so wrong. I challenge you to let me know where I departed from your assessment now, which I predicted earlier.

For starters, you said, "due to legacy issues, the government has now very limited fiscal space". I said "fiscals sucked dry" and explained why with facts and figures. Honestly, that is the truth, isn't it, rather than what you said?

I also focused on legacy issues under the sub-headings "corruption on the precipice" and “economy bleeding”. If you don't believe that, please read my article again, for I have justified with facts and figures.

On 1MDB and other legacy issues, I have discussed this in a series of articles on 'klepto-economics'. Thank you for acknowledging that now. But you see the powers-that-be then are denying nothing was lost from 1MDB, confirmed by a former attorney-general.

Yet the rakyat have to pay RM40 billion in debts, RM1.7 billion yearly for 1MDB alone. Yet we find untold wealth sloshing through personal accounts, and tons of luxury goods stashed away, but we have to prove in court these are from 1MDB.

When all these happened, Parliament was sitting with all its checks and balance. Does the government honestly expect us to believe that not a single sen will be misused during the emergency rule, as what happened before under full watch?

Well, the kicker is the hidden message behind this timely candid revelation. The rakyat better get prepared for more punitive taxes after the government has tapped into all these reserve and trust funds. Another emergency ordinance coming? As I said in the article, the government never goes bankrupt, it is the rakyat who will be taken to the cleaners.

Despite this dire financial situation, it didn't occur to the bloated cabinet to even say, henceforth we are taking a 10 percent cut in our emoluments. How sick can the caring politicians be?

Let me end this by quoting one paragraph from the above-mentioned article. All I can do is to put my hands up and wonder: is there any right-thinking politician out there? Better late than never, I guess!

"The Budget 2021 revenue is based on a very optimistic growth scenario. In all honesty, I don’t think the government factored in the prolonged lockdown, emergency, or the economy operating on survival mode throughout 2021. An inflationary deficit budget only works when the economy operates in full steam."

Manjit Bhatia: It is interesting that Finance Minister Tengku Zafrul Abdul Aziz has to reassure people that the RM5 billion National Trust Fund (Kwan) raid for Covid-19 vaccines will not see the regime he serves go off-budget when RM5 billion represents a quarter of Kwan’s value with no way for Kwan to recoup it.

Zafrul’s limp reassurance suggests he is nervous that there is no confidence in this government’s financial management acumen.

Also, interesting that Petronas is financing the vaccine procurement via Kwan and not directly from the budget, which suggests the regime is clean out of money or close enough.

Bank Negara not coming to the rescue raises more questions. Is the central bank no longer the country’s bank of last resort but Petronas has taken over the orthodox role? What does it say about the assertion that Malaysia’s economy is an ‘undoubted success story’?

It will be interesting to see when - not if - Perikatan Nasional (PN) will take bigger begging bowls abroad to obtain cheap or soft loans. Safe bet that Senior Minister Azmin Ali’s jaunt to Saudi Arabia and the UAE is for that purpose too, and what taxation impositions it will place on taxpayers and others to pay the interest alone, much less interest and principal and avoid debt creeping towards 65 percent of the gross domestic product, if it hasn’t already surpassed that threshold.

So then how will the government pay to ensure there are sufficient funds to pay for economic recovery - and to sustain the recovery to medium to long-term without crimping on long-run public policy expenditure?

DalvinK: Zafrul, Kwan (National Trust Fund) is not your ‘kawan’ (friend). You can't just tap onto it without much scrutiny, especially now Parliament is not convening.

How can we trust you after your weak performance so far? First, the 'Pakatan Harapan direct tender expose' that backfired. Next, you claimed foreign investors are coming. Just last month you claimed Malaysia will create 500,000 new jobs this year. Now, you are telling us you need to tap RM5 billion from the Kwan fund.

What happened to the RM3 billion that you had budgeted earlier? Another RM5 billion budget allocation is a very bad cost overrun, kawan!

Vote4changejohor: Earlier, during the Budget presentation in 2020, RM3 billion was allocated for the Covid-19 medical expenses, inclusive of the plan to vaccinate 80 percent of the Malaysian population to achieve herd immunity.

Many people are puzzled that after only 1 million vaccine doses used, the finance minister is again asking for extra funding amounting to another RM5 billion to spend for the same vaccination programme proposed in the Budget.

Obviously, many glaring weaknesses in the Budget is showing up now. Why is there such a huge gap of funding proposed in the Budget and the actual expenses to pay? Can the finance minister clarify the expenses for the whole Covid-19 vaccination programme?

UB40: Budget 2021 was allocated RM3 billion for the vaccine which was debated and approved. Why another 166 percent added for the same thing? There was no explanation why the RM3 billion was not sufficient to cover the vaccination programme.

We cannot accept this lame excuse without details on the cost overrun.

Salvage Malaysia: I’m confused. A report quoted Science, Technology and Innovation Minister Khairy Jamaluddin saying that only an additional RM2 billion is needed from Kwan as RM3 billion has already been used earlier to buy vaccines.

But the finance minister is saying RM5 billion will be taken out instead?

Optimus: If having to dip into the trust fund is not a desperate sign of the coffers drying up, I don't know what is.