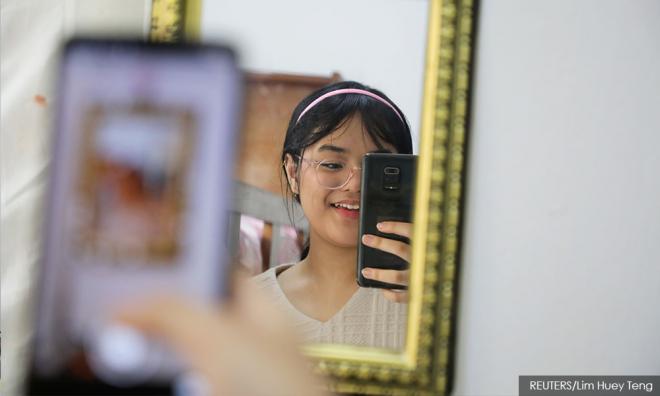 YOURSAY | 'If the 'joke' is not funny, it isn't. Ain Husniza deserves to be taken seriously.'

Teen who exposed teacher's 'rape jokes': I'm doing this for every student, not just me

VioletCamel2167: Ain Husniza Saiful Nizam, you are such an inspiration. Power and kudos to you and your family.

We need more people like you who will stand up for important issues in the community and beat back the naysayers who are not moving with evolution.

The PDRM (Royal Malaysian Police) response categorising it as a possible joke is despicable and unprofessional - at least you have exposed the complete lack of awareness and expertise in this area of public concerns (despite all the learning and training all these years).

It goes to show some outdated beliefs are still so entrenched.

Malaysia Bharu: This young girl’s outlook on life and her courage to be transparent on matters of common good of her schoolmates, despite the brickbats and personal attacks in doing so, is so heartening.

And the support of her parents for her righteous stand tells us why Ain is the way she is. It is her upbringing on a foundation of confidence, morality and courage.

These are the kind of qualities that we wish to see in all our students and their parents. They are the future of this nation. They have the mammoth task of reversing the national culture of corruption, secrecy and sweeping the dirt under the carpet.

As for the teacher that made the alleged sex-related jokes to students trivialising rape, his mentality seems well below that of his students, since it has taken a student to point out his stupidity.

He is certainly in the wrong profession. He is a danger in any of our schools and as such, the Education Ministry’s SOP (standard operating procedure) of transferring miscreants from one school to another is not the answer. He should consider stand-up comedy.

RedHornet8282: This coming from a 17-year-old is amazing and puts matters into perspective. Ain, I doubt I have the courage and fortitude to do what you’re doing.

This speaks well of your upbringing and praise is due to your mum and dad for raising a youngster with the gumption that many of us lack.

We have been conditioned for far too long over many generations to accept that some things are just too difficult and too inconvenient to warrant us stepping up and making our voices heard.

What you're doing is breaking the mould and going against the grain. I hope there is a positive outcome from this and sets us thinking and acting in the right direction.

The country is in dire need of a reset and this could be one of many bright spots to illuminate the nation.

LimeGoose1712: I'm grateful that we have such a great person in our homeland to remind all of us, the ‘rakyat Malaysia’ who truly cherish true democracy and are eager for greater civilisation to our country, to rise up and step out from the status quo which has bogged us down for far too long.

PurpleGopher1703: Yes, amazing courage for such a young age. Ain, you are a beacon of hope for Malaysia.

Victim blaming is so prevalent in the establishment. It’s shocking that they blame the victim instead of the perpetrator for bringing shame to the school.

Hopefully, more will speak up and stand up to protect the young ones, including against marital rape and child marriage.

Roger 5201: If the "joke" is not funny, it isn't. Ain Husniza deserves to be taken seriously.

Manjit Bhatia: Ain, when I first heard you voicing out, I thought you were a very brave 17-year-old Malay lass. And you had your heart in the right place.

Then I listened to your video, and I surmised your intelligence. It's natural and it is rare by Malaysia's standards given, the nation's totally crap education system that produces one idiot after another.

And you're not a typical Malay lass, either. You're not meek, not 'controlled' by the group-think of hypocritical "Asian values", Asian patriarchy, Asian patrimonialism. You are allowed to think for yourself. Always stand up to sexist male twerps. Never forgive them for their innate stupidity.

But do yourself a big favour: do not aspire to become a "politician" in Malaysia. There are more than enough cretins already, and they deserve to have their fat rumps booted with an iron foot for being next to bloody useless twits.

Keep being brave, and keep thinking. In Malaysia, you're not allowed to think for yourself. It's all group-think according to race and class in Malaysia. Avoid the temptation.

The Wakandan: Brave girl, that you have gone this far. Be prepared for ridicule and stigmatisation in your community because you will meet them in your life.

Be encouraged that you have done the right thing and don’t look back. God bless you.

PinkBear4371: Dear Ain, just when we felt our country is going in the wrong direction, you gave us hope that young people can be true leaders.

It's a big sacrifice for you and your family to do the right thing. Thank you for doing this and do take good care. I'm very proud to share the same country as you, your dad and uncle Zunar.

HappyMum: In Ain, I see hope for Malaysia. Her parents ought to be congratulated for bringing up such a wonderful and brave girl.

Ain is destined for bigger things and I hope, together with other youngsters like her, they can make Malaysia a better place for all Malaysians, regardless of race or religion.

Once there are more who speak out the way you do, Malaysia will begin its transformation. Truly, our future lies in the hands (and voices) of the younger generation.

Fredtan: “Voting depends on maturity, don’t just rely on being 18, there must be maturity," said PAS president Abdul Hadi Awang.

Now let's compare the maturity of a 17-year-old teen against the 73-year-old politician. Age is no measurement of maturity; Ain Husniza Saiful Nizam is a good example.

Unvarnished, warts and all.

She yearns for justice, not just for herself but for all.

A young person with a big heart and a strong head.

Our messed-up country does have a future after all.