Wee Meng Chee , known as Namewee on the Internet, has developed a cult following of sorts among young Malaysians after airing a six-minute rap video on YouTube last month that has been viewed by over half a million people. 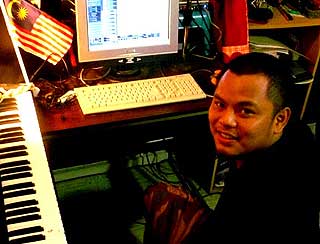 The rap, which is a parody of the national anthem containing a mixture of Mandarin and Hokkien lyrics touched on a number of racially and religiously sensitive issues.

For this the 24-year-old media studies student, who is based in Taiwan, faces the full might of the state - he is being probed by the police and the Malaysia Communications and Multimedia Commission.

There was even suggestion that his citizenship could be revoked, and action is being mulled under the Sedition Act as well as the National Anthem Act.

While Wee has apologised, the government nevertheless vowed to punish him. The following are a selection of the reports and the subsequent discussion that took place in Malaysiakini on the issue.

Rapper's citizenship will not be revoked

Sedition: Charge both Wee and Umno