Kelantan should neither be drawn in the romantic images as conjured by 1960s British writer William Roff nor along the sterile and simplified lines of The Economist magazine, said cultural proponent Eddin Khoo.

Roff had painted a picture of the northern state as that of "sandy beaches, black magic, and beautiful women" * [clarification below] , said Khoo in a talk in Kuala Lumpur last Friday on culture, politics and religion in Kelantan.

The Economist , on the other hand, described it as "the last frontier for the Islamic movement in Peninsular Malaysia". 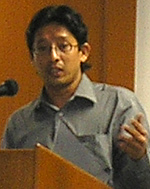 "All communities and cultures are much more complex than politics," said Khoo, pointing out that the Kelantanese are a prime example of how sophisticated and complicated it can be to understand an electorate and to predict - let alone determine - their voting behaviour.

A fascinating test case for such an assertion is in the arena of Kelantan's traditional theatre culture, particularly the Mak Yong or wayang kulit (shadow play), which has been the subject and victim of larger political forces and experiments.

In 1971, the federal government had declared wayang kulit as part of Malaysian national culture.

"Attempts were made to bring dalang (practitioners) to Kuala Lumpur, to feed them new scripted stories, make sure these are not in the Kelantanese dialect but in the national language, and were not rude or naughty," said Khoo.

This failed, said Khoo who had worked in Kelantan more than 14 years, particularly as many of the very advocates of the art resisted such attempts to sterilise and assimilate it into the national mainstream.

In 1990, soon after Islamic opposition party PAS won every seat in the Kelantan state assembly in the general election, proscriptions were legislated against, among others, gambling, consumption of alcohol, and Mak Yong and other Kelantanese cultural traditions.

Mak Yong was banned, said Khoo citing the state government's reasons, because of its "Hindu-Buddhist origins, (presence of) aspects of polytheism, aspects of divination, and aspects of nature worship".

Despite the decline of such performances over the next several years, the defiance of the Kelantanese who would patronise the henceforth underground art whenever it was staged illustrates their refusal to be co-opted into simplified and henceforth political notions of self and community.

Advocates of Mak Yong and other cultural traditions talked about rights of communities within a vacuum referring to national acts and international covenants about cultural rights, said Khoo.

At the other end of the spectrum, proponents of the proscription refused to acknowledge any kind of depth or understanding about cultural Kelantanese theatre traditions despite their considerable sophistication, depth and appreciation of psychology and spiritualism.

The defiance of Mak Yong advocates, along with others who disagreed with some of the state policies and practices, was brought to bear during the subsequent elections.

"While Kelantan has always displayed a great fidelity to opposition politics ... just because PAS had won every single seat does not mean that everybody at the grassroots level supports PAS in everything they do,"said Khoo.

Such defiance can be seen in the likes of such people as the late Wayang Kulit extraordinaire Abdullah Ibrahim, more popularly known as 'Dalang Dollah Baju Merah' and who paid a heavy price for it because of the state's isolation of his craft.

In Dalang Dollah's underground Wayang Kulit performances, said Khoo who had worked closely with him, one could typically find 400-500 Kelantanese attending despite knowing about the state ban.

The defiance has also been illustrated by the losses that PAS suffered two years ago at the polls, said Khoo.

The failure of political leaders within and outside Kelantan, he said, is to negotiate the crisis and between the complex notions of identity as held by Kelantanese, on the one hand, and those that its political leaders seek to shape.

"The crisis that we have experienced has been accentuated over the past 15 years is really a crisis of identity and a culmination of various projects that have been a result of our attempt at nation-building and cultural construction," added Khoo.

FAUWAZ ABDUL AZIZ is a member of the malaysiakini team. He can be contacted at [email protected]
ADS