As Sarawakians head to the polls today, it is important to understand that the BN-created electoral constituencies in the state will significantly impact the result. Malaysia’s non-independent Electoral Commission (EC) has staked the system in its favour in how it has delineated and recently redrawn the state’s electoral boundaries.

Chief Minister Adenan Satem’s victory has been assured, but it will not be a win that is based on fairness or meet basic international standards of electoral integrity. This article looks at malapportionment and gerrymandering in Sarawak, and shows how those in office have manipulated the system to their advantage.

Disproportionately the seats with fewer voters are safer seats for the BN, rural/semi-rural and Malay and Dayak seats. Examples include Sadong Jaya, Gedong and Belaga, the three seats with the least number of voters and traditionally held by the incumbent coalition.

Malaysia has long been used as an example of malapportionment. In the 2013 general election, scholars and practitioners pointed to the serious imbalances in the country’s electoral constituencies and showed how this allowed the Najib Abdul Razak government to win with a minority of the popular vote. Malaysia is considered among the worst in the world for the practice of malapportionment, as not only are votes not equal, but this inequality has been used systematically by long-ruling coalition the BN to stay in power. 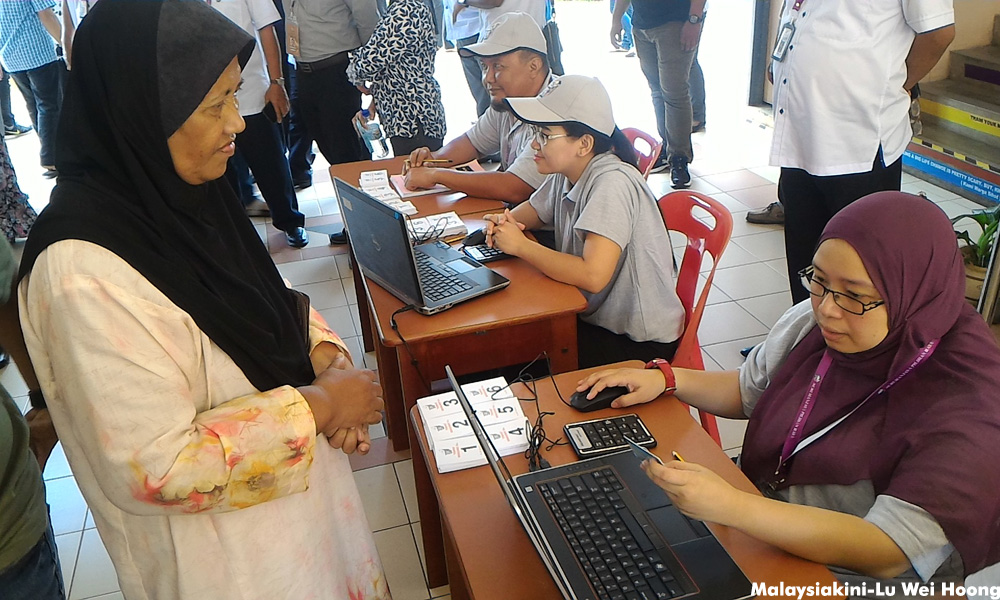 The practice of malapportionment at the national level has been replicated in Sarawak. There are a variety of measures to measure this unevenness.

The most common looks at the ratio of the smallest to largest seat. In Sarawak, the seat with the lowest number of voters is Sadong Jaya at 6,749, while the most populated seat is Pelawan with 32,233 voters. This is a ratio of 1:4.8. To understand this a vote in Pelawan is effectively worth around only 20 percent of that in Sadong Jaya. Voters in smaller seats have more electoral impact.

The deviation from the norm is significant, as it shows the breadth of unfairness and movement away from the principle of equality in representation. Sarawak’s electoral system is not based on ‘one Sarawakian, one vote,’ it is tied to the idea of political power of ‘Sarawak for some Sarawakians’. For example, disproportionately voters in urban areas, especially in traditionally Chinese urban areas, have been given less representation as their votes have less impact on shaping the final result.

The graph below shows the distribution by seat size in Sarawak. Those familiar with Sarawak will see that the largest seats are in urban Chinese areas, not just Pelawan, but Pending and Dudong – the three most populated seats. 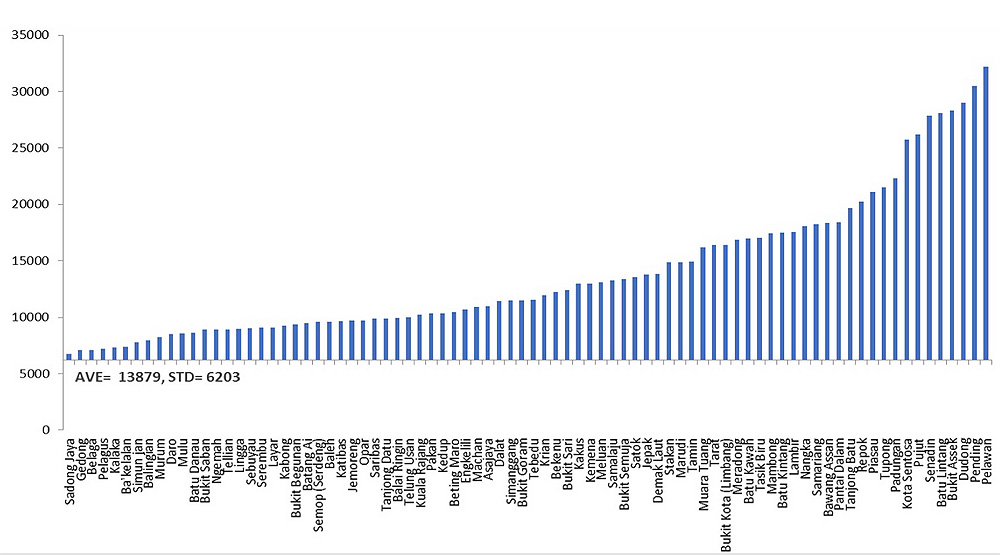 The use of malapportionment has its roots from the 1970s in Malaysia, where ethnicity has predominantly been used to draw constituencies. It was assumed then in the post-1969 climate that creating Malay seats would strengthen the BN. This practice came back to haunt the BN in the 1999 General Election, when the reformasi tied opposition picked up seats in Malay areas. In the 2003 delineation exercise, the EC changed its formula and created more mixed seats. This too backfired in 2008 when the opposition picked up ethnically mixed seats, as it fielded a multi-ethnic alternative.

In Sarawak, the BN has used three different formulas in delineating seats. The first practice has been to create more rural seats. These are harder for the opposition to win, as they cost more for campaigns due to logistics and also the BN’s ability to use resources gives it the advantage. This practice is becoming more difficult as connectivity and awareness are growing, but money still is powerful in these areas.

The second practice has been to give more seats to the Malay community. Part of this is a product of their rising population. Yet, the number of seats and their voting power in the overall number of seats goes beyond population numbers. This follows the trend in West Malaysia. 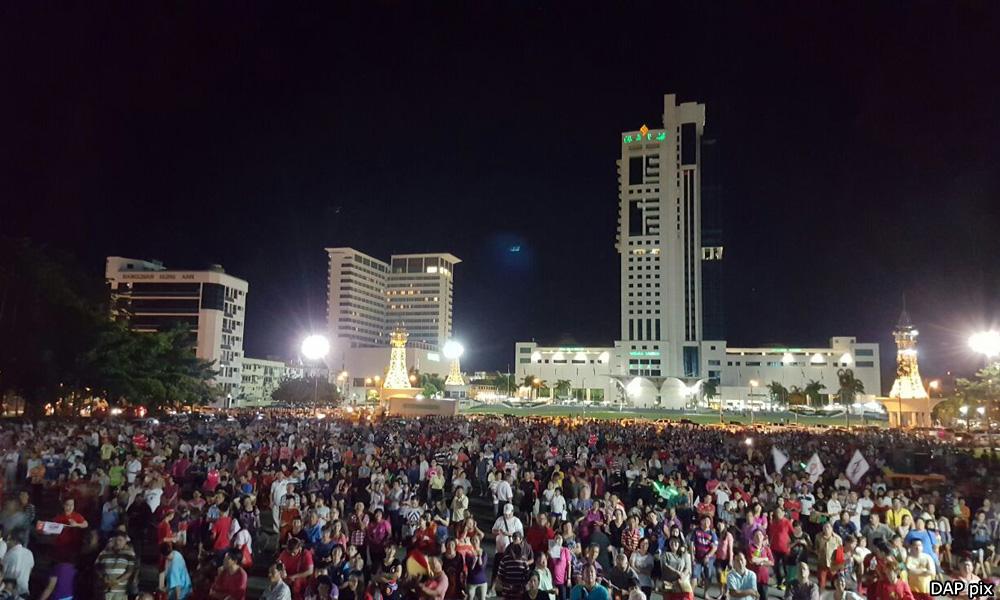 A third practice has been to create more mixed seats, where the Chinese vote is less concentrated. The idea rests of the view that the BN in Sarawak will have an electoral advantage in representing the state’s various ethnic communities. It is also tied to the view that fragmenting ethnic communities gives the BN an advantage. In particular, the BN relies heavily on the fragmentation of the Dayak communities, which have been wooed extensively with vote buying. Sarawak has largely followed the national trends in delineation, but not experienced the anti-BN backlashes.

In terms of the impact on voters, however, urban and Chinese voters have less representation in the electoral system. Electorally, this negatively affects the opposition as they have been winning the majority of Chinese support, and will likely continue to do so in the Sarawak 2016 campaign.

The practice of using their control of the electoral system to their advantage continued in the most recent delineation exercise. Eleven new seats were created in the 2015 delineation of constituencies.

These new seats were created in a similar BN-advantageous manner, making it harder for the opposition to gain power. As a study by the Malaysian Electoral Roll Analysis Project (Merap) noted earlier this year, these new seats were created to favour the BN. Their assessments estimated nine out of the 11 seats favoured the BN. The Bersih movement also lodged their complaints. 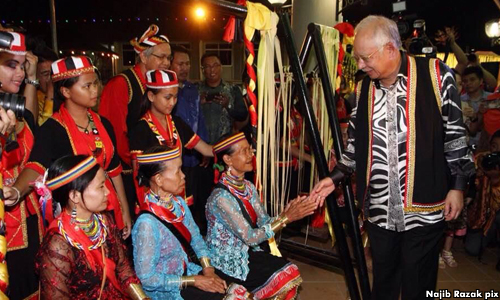 The Dayak continue to have the most majority seats, at 32. They are the most rural community. The remaining 18 seats are mixed (less than 60 percent of one community). Given the trends in migration toward the urban areas, one would expect more mixed seats, as has occurred. The pattern in delineation however is to build on ethnic differences and voting patterns.

The BN is looking for a new formula for electoral safety, post the 2013 General Election. This new pattern seems to be to create more Malay seats (banking on support from this community), a few additional Dayak seats that give representation to specific communities, such as the creation of Mulu for the Kelabit, and more rural/semi-rural seats.

In Sarawak, they have also created more mixed seats, effectively fragmenting and dampening the power of the Chinese electorate. It remains to be seen whether this will work and for how long. Today’s formula combines traditional practices, but is driven by the underlying core of staying in power.

There is another dimension of what is going on - gerrymandering. The EC is changing districts and redrawing their lines. The international standard is to follow administrative lines, and not to split communities. Largely in Sarawak this has been done in the past, especially compared to the peninsula. There were exceptions, such as the competitive Bukit Assek seat in Sibu.

Yet, in the last 2015 re-delineation exercise, there was considerable more movement of polling stations outside of boundaries. In seats such as Batu Lintang, Piasau and Tanjong Datu (formerly Kidurong), polling stations were carved as these seats became less Chinese, and to weaken the opposition’s chances (although they are likely to still hold onto these seats). In the case of Batu Lintang, a new seat was created that aimed to give the BN a chance to win around Kuching. This seat, Batu Kitang, is competitive this contest.

It is not only the urban areas that have been affected. Rural seats such as Telang Usan and Ba’kelalan – both highly competitive seats with the latter held by PKR - have been gerrymandered. The use of technology has allowed more careful study of voting by areas and this is being used to change how seats are being created. The 2015 court case against the EC raised issues of fairness, but they lost their challenge and appeal last October.

For almost a decade, the issues of electoral reform and electoral integrity has been centre stage in Malaysian politics. The Sarawak election only serves to illustrate the systemic problems that exist. The electoral system does not follow international standards, but is tied to one that fits the system and interests of those in power.

This piece also shows how difficult the electoral terrain is in Sarawak, and why electoral reform remains a concern of many Malaysians. The lack of independence and accord with international standards in electoral constituencies will be impactful. When the results are announced tonight, the winner will have won in an unfair and distorted contest.

This article is the fourth instalment in a five-part series published by New Mandala. Bridget Welsh would like to thank Sarawakians who assisted with the classification of polling stations, seats and analysis.