"Those who are able to influence others and defend the right to speak up without resorting to hate speech, should help protect freedom of expression for all, especially for young women like Maryam, and women in general. They can help do this by ensuring a safe space for meaningful discourse, both online and offline."
– Empower

COMMENT | Over the years writing for Malaysiakini, I have received my share of online abuse. Sometimes there are even calls by people who I do not know, who hurl abuse when I am critical of the opposition. The funny thing is, I have more rational engagements with establishment supporters in terms of articles they write about my pieces than the apparatchiks who have hurled abuse, racist invective, built elaborate straw men and, yet, who pride themselves on being the people who want to "save Malaysia."

This, of course, is nothing compared to what Malaysiakini columnist Maryam Lee has received. Young activists have sent me a data dump of toxic materials aimed at Maryam merely because she supports the #UndiRosak movement. 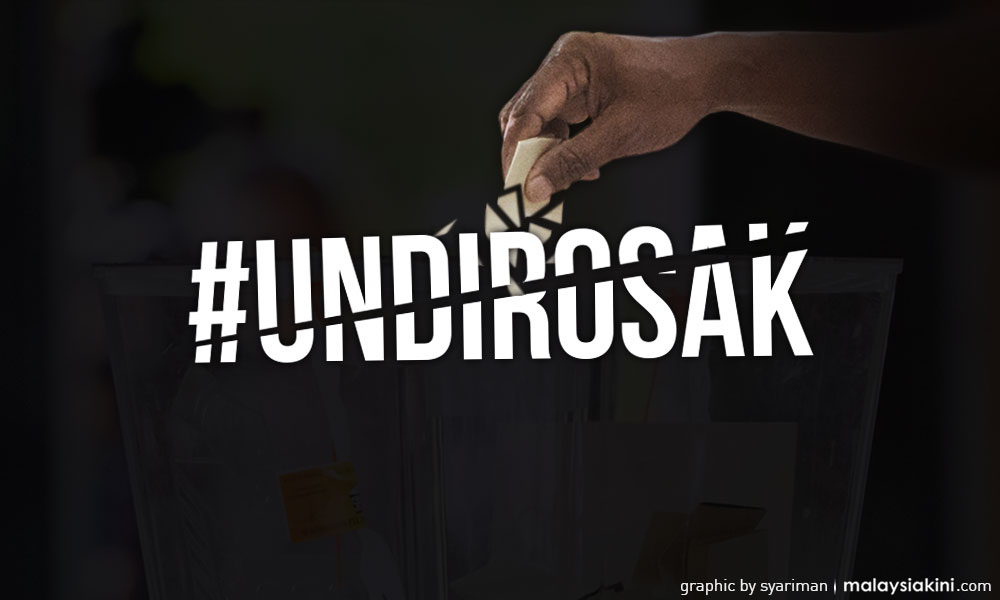 Full disclosure. I wrote a two-part article critical of her arguments, hence I feel if none of her critics wants to address the toxic atmosphere she is facing, it may as well be me.

Two points that Maryam made when describing the toxic atmosphere she finds herself in are worth elaborating on.

1. “This violence and abuse are coming from the very pact - Pakatan Harapan supporters - who call themselves different from Barisan Nasional.”

I have often wondered - and I am not alone in this as numerous foreign correspondents who read the local media wonder the same thing - how some folks who pride themselves on their progressive politics, who blame Umno/BN for the toxic politics of this country, have never had a problem hurling misogynist and racist abuse against people who are critical of the opposition or who disagree with their position.

Even more troubling is that, most often, their intended targets have a history of social and political activism on behalf of the opposition.

As I wrote – “I do not think civil society made tremendous progress. I think the opposition political elite made tremendous progress buttressed by civil society groups, who did not really understand the nature of the beast. There is this assumption that just because the politics of civil society groups and oppositional political parties aligned, there was some sort of understanding. Politicians say a whole lot of horse manure to get elected and count on activists to pass their message, but once elected, rely on their bases (partisanship) to stay elected.”

Some people say the opposition is fighting hard, Really? I know far more activists who have been on the front lines and have terrible experiences with the state security apparatus than most of these politicians who people say are fighting hard to save Malaysia, but in reality are fighting hard to maintain this system which makes it difficult to distinguish between the people destroying Malaysia and those who claim to want to save it.

Nearly every opposition personality laments the fact that the opposition is under attack by the establishment propaganda instruments but ignore the lies and online abuse committed by their supporters. This is a reckless omission because (1) this is reflective of the kind of Malaysia they want to create and the people who support them, and (2) the racist comments – not so much the misogynist comments – are used by the establishment to demonstrate the hypocrisy and race hate of the opposition...