Malaysiakini will be operating remotely until April 14 to comply with the Movement Control Order. Malaysiakini is providing free access to the most important updates on the coronavirus pandemic. You can find them here.
For Malaysiakini subscription enquiries, contact us at 0173230707 or [email protected]
OPINIONS

Shifting alliances in the corridors of power

COMMENT | Former minister Nazri Abdul Aziz is now brazenly saying out in the open that Umno’s best-case scenario for future prospects is to support and team up with Anwar Ibrahim.

More than any party here by far, Umno is a collection of fat cats.

They reached their heights of obesity and opulence by sitting in the free-ride comforts of a government they never imagined losing control of.

Quite simply, almost all Umno leaders have absolutely none of the integrity, experience, gumption, skill, drive, motivation, diligence, intelligence, passion, know-how, fibre, endurance (you get the idea) or interest really, required for being an effective or successful politician outside of the federal government.

All the Umno fat cats really want is a shortcut that will take them from the cold rain, in which they now shiver and starve, back into the warm government mansion they grew up in, to purr and preen in comfort amidst their never-ending gravy train.

The path Nazri seems to be advocating offers exactly that, and all they apparently have to do is to create enough friction between Bersatu and PKR, and make sure that Anwar becomes the prime minister.

As detailed in Part 1 of this article, Anwar could conceivably then dump Bersatu in favour of Umno - especially if he starts to feel that Prime Minister Dr Mahathir Mohamed may renege on his promise to hand over power.

Mahathir could of course react by calling for early elections. Perhaps it was in anticipation of such a scenario that Anwar started courting good relationships with the Malay rulers very early on, as a refusal by the palace to dissolve Parliament could complicate matters.

Needless to say, Mahathir is far too intelligent to let such an outflanking manoeuvre happen without a response, and calling for early elections is likely a last resort rather than the first line of defence.

I think this is the context of Umno’s recent resignations - the post-Port Dickson timing of which could be no coincidence at all.

Not every Umno person buys Nazri’s plan. Indeed, while most of the party members do favour the fat-cat shortcut back to power, there appears to be considerable differences of opinion as to which shortcut in particular is best.

The three main schools of thought seem to be: through PKR, through PAS, or through Bersatu.

Nazri is probably correct in pointing out that going through PAS makes pretty much no numerical or ideological sense whatsoever. 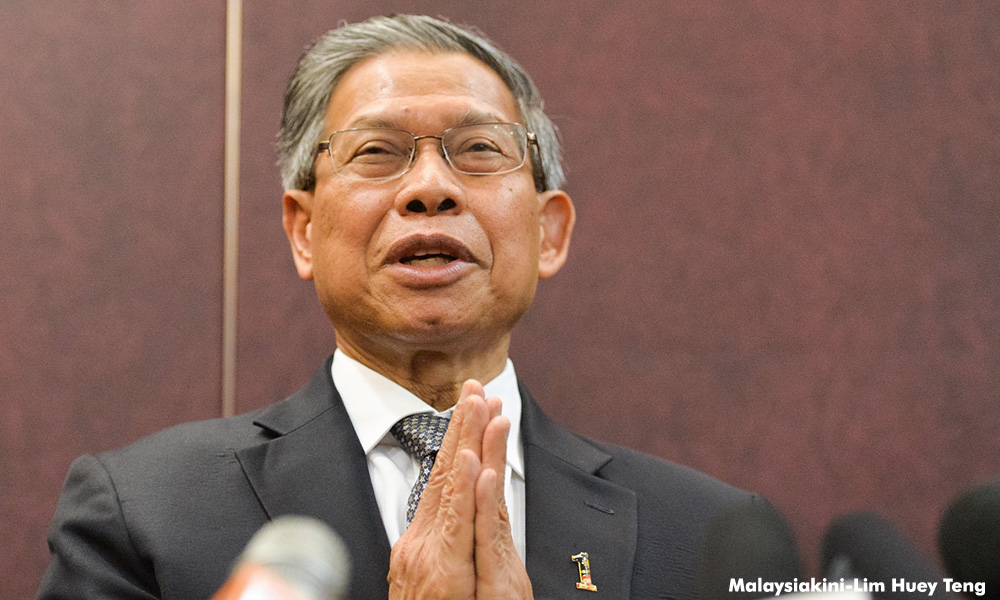 Perhaps the likes of Mustapa Mohamed (photo) and Anifah Aman are leaning towards the Bersatu route.

This is an interesting response. If there is a sufficiently large migration from Umno to Bersatu, this could basically make Bersatu the new Umno in terms of their position in the coalition - a big, Malay party that everyone agrees will nominate the PM.

Splitting Umno could also neutralise any effort by Anwar to use Umno as a threat against Bersatu.

If large numbers of Umno MPs join Bersatu, then the Umno support may no longer be the same bargaining chip it currently is.

Then again, for all an outsider like me knows, Mustapa and Anifah could be the ones looking to join PKR.

Either way, those who have left clearly do not have faith in Umno as a bloc, and appear to be seeking their futures elsewhere.

Two out of three

In summary, in this bizarre love triangle between Bersatu, PKR, and Umno, almost any two-out-of-three combination essentially produces a workable win.

There are a number of other factors, and/or radical possibilities.

DAP will obviously play a big role, while PAS, PBB, Amanah, and Warisan will play slightly smaller ones.

Then there is the Azmin Ali (photo) factor. 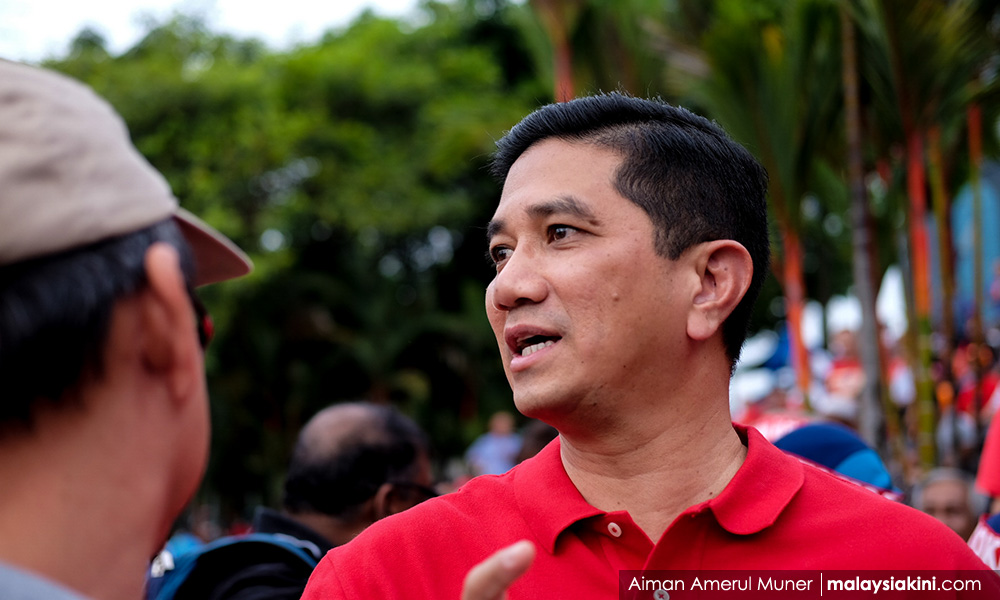 Only while writing this article did the scenario occur to me: Especially if Azmin loses the PKR deputy president’s race, what’s to stop him from defecting over to Bersatu?

This solves a number of different problems for both Bersatu and Azmin.

If the PKR elections go on in its current trajectory, the bad blood between team Azmin and team Anwar may be irreconcilable, and Azmin’s position within PKR may no longer be tenable.

Azmin moving to Bersatu would give the party a more viable succession plan with regards to subsequent PMs (a Goh Chok Tong to Mukhriz Mahathir’s Lee Hsien Loong perhaps?), and the numbers that could follow Azmin would also, again, help with Bersatu’s low-in-parliamentary-seats problem.

An exodus from PKR to Bersatu would be even bigger if Bersatu goes multiracial - further reducing the role or need for a party like PKR.

These battle lines are perhaps already visible in the copious amount of columns, blog posts, and viral Whatsapp messages that are either very strongly pro- or anti-Anwar, suggesting a consolidated and coordinated effort.

Needless to say, all of this is speculation - and a somewhat sensationalist one at that.

For all I know, we could see a smooth transition to Anwar becoming the next PM, a stable rota system put in place to determine future prime ministers, and Harapan continuing just the way it is, happy as a clam.

Or, it could all be unrecognisable inside a year. It’s hard to say.

All these seismic shifts are potentially possible in large part because ideology has almost never played a big role in modern Malaysian politics.

The only vital and somewhat ideological question is how much of a factor race should be in Malaysian politics.

This may come into play, say if Umno MPs need to decide which new party they want to support.

Perhaps some see maintaining Malay supremacy as the priority, a goal which can only be achieved by supporting Bersatu or PAS, while others may prefer the PKR route. 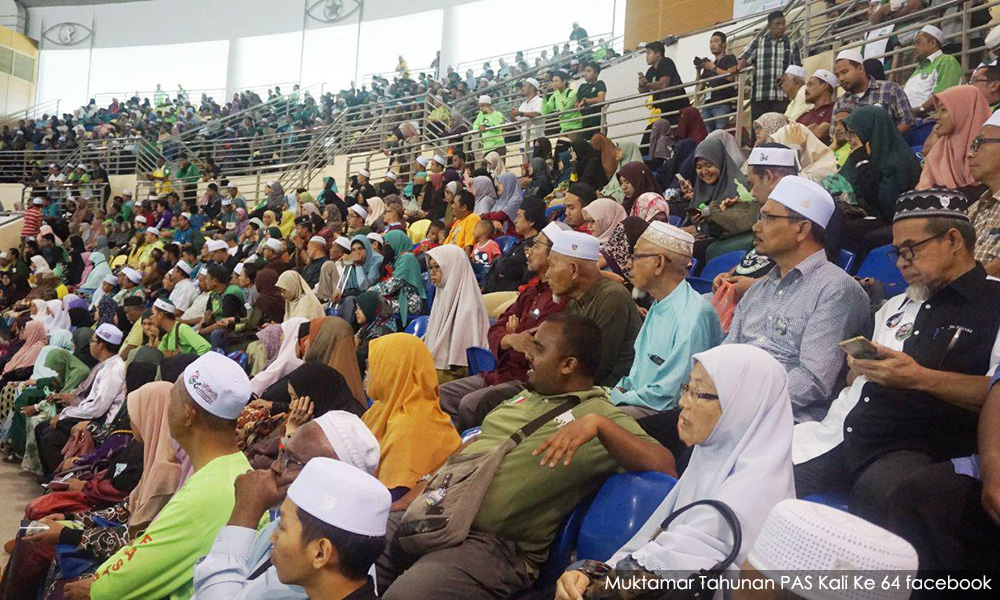 Other than that, Malaysian politics can likely be said to be dominated more by personality politics than anything else. It often comes down to which feudal lord one likes better.

Changing the incentive structures and the architecture of our political system could largely eliminate the need for many of the conflicts above.

One radical way to drastically cut back on inter-party conflict (such as Bersatu and PKR fighting over long-term stewardship of the PM’s post), is simply for all Harapan parties to merge.

Many would cite mind-boggling logistical difficulties (true, no doubt), and extreme resistance to the idea by conservatives.

If we think about it though, what function does having multiple parties in the coalition actually serve? 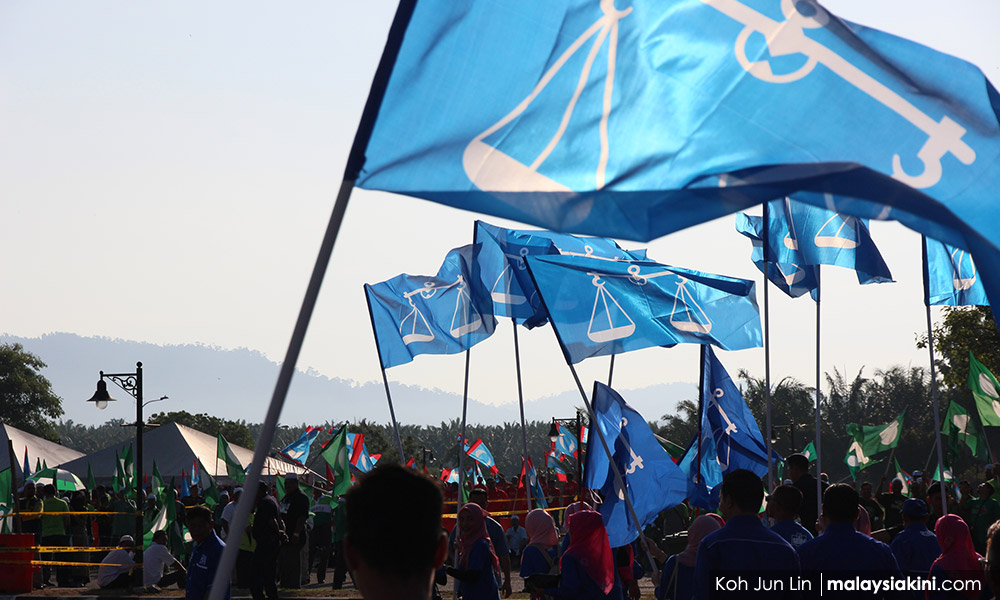 The old BN model was simple, for the peninsular at least. We have one party for one race. If you are Malay and have a problem, go see Umno; Chinese, look for MCA; Indian, MIC.

It was devilishly simple in its concept, but simply devilish in the divided Malaysia it eventually created.

What about the realities of today? Do we want to follow the old formula? Malays see Bersatu, Chinese see DAP, and Indians can see the new Malaysia Advancement Party?

A merged party will still have leaders and elected representatives from every community that voters will likely find approachable.

True, little Napoleons will perhaps find themselves with less power, but wouldn’t that be a good thing?

It’s a bold idea that is unlikely to see the light of day, but regardless, I do hope we keep looking to radical solutions to blaze paths forward and leave behind the endless internal politicking that takes up far too much time and energy of Malaysian politicians.

After all, all the intrigue and speculation is somewhat entertaining, but don’t we have a new Malaysia to govern?

NATHANIEL TAN is eager to serve.