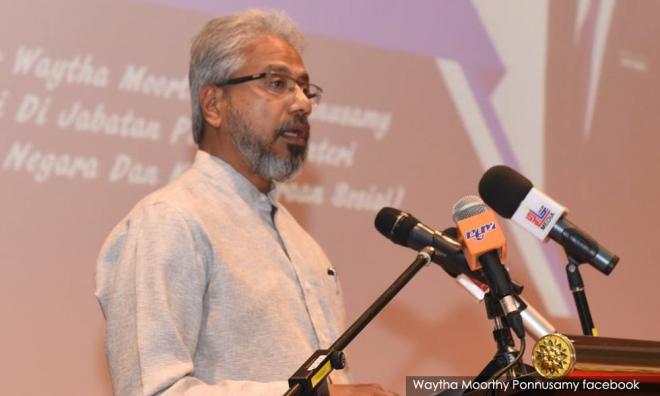 There is a new political party in town – the Malaysian Advancement Party (MAP).

Minister in the Prime Minister's Department in charge of national unity and social wellbeing, P Waythamoorthy, announced the party's formation, saying that MAP will work towards the advancement of the Indian community in the country.

Waythamoorthy, who is serving as the pro-tem committee chairperson, said the application for MAP to be registered as a political party has been submitted to the Registrar of Societies (ROS).

"(The) Main objectives of the party, amongst others, will be to protect, promote and advance the interest of the Malaysian Indian community’s political, economic, educational, cultural, religious and social interests.

"It will work towards continued empowerment and enhancement of the Indian community in coherence with the Federal Constitution, in raising their socioeconomic standing and promoting unity and cohesion in the nation," the statement read.

Waythamoorthy, who is also Persatuan Hindraf Malaysia chairperson, said that the birth of MAP represented a "new hope" for the Indian Malaysian community for effective representation.

"Our party’s direction and vision is to adopt a fundamental rights-based approach for advancement, progressively moving away from a state-assisted, welfare- and handout-based community towards community empowerment and resilience," the minister said.

MAP will work with all parties within the Pakatan Harapan government, he added.