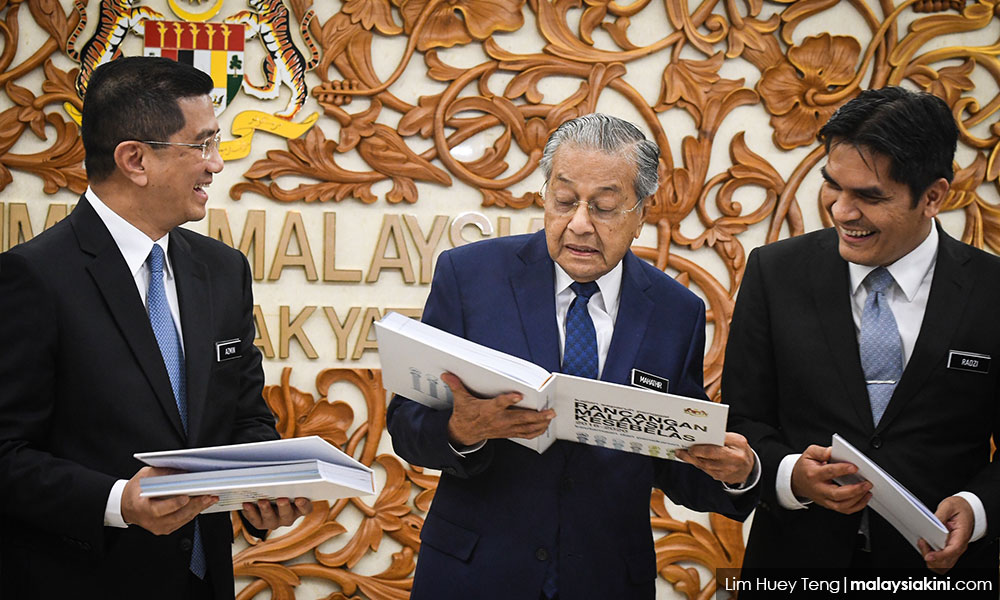 COMMENT | We have now seen one of the bigger documents the new government has come up with on the overall direction of the nation and its economy.

Let’s start our review of the 11th Malaysia Plan (RMK11) mid-term review by glancing over some of the highlights.

One of the most encouraging reports, if true, comes from Economic Affairs Ministry secretary-general Nik Azman Nik Abdul Majid, who states that 57 of the 60 promises in the Pakatan Harapan manifesto have apparently been incorporated into RMK11 (the other three are allegedly not relevant or suitable for the plan).

This is definitely a welcome step. As previously argued, even though the Harapan election manifesto may not have been meticulously put together, it still represents an important opportunity for politicians to demonstrate integrity.

Among the manifesto promises apparently integrated include term limits for heads of state. I’m not quite sure how this fits into a Malaysia Plan as any real such limits might involve the need for legislation.

In any case, it would be a welcome move and it falls to the rest of us to scrutinise the government to see that it is kept.

Other news such as more attention for opposition states, a carbon tax and the breaking of monopolies are also very welcome.

On a personal level, few will be thrilled at the introduction of a digital tax as it will probably mean more out-of-pocket expenses. That said, from a macro perspective, it is, of course, fairer as the lack of such a tax would provide disproportionate benefits to those who are tech-savvy while disadvantaging those who are not...