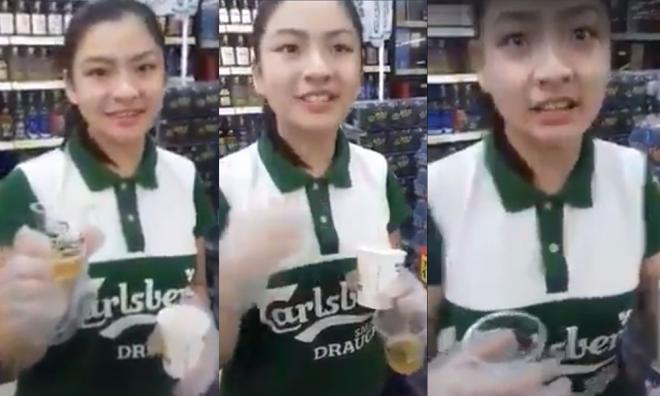 Will politicians learn something from the beer promoter?

“Sometimes a man wants to be stupid if it lets him do a thing his cleverness forbids.” – John Steinbeck, East of Eden

COMMENT | I have known people like Edi Rejang all my life. Not all of them are Malay. Most of them are clever, though, hiding their racism behind a mask of politics. In Malaysia, this is easier to do than in other countries.

These days, though, the lines are blurred. After the incident took place, some people who passed me the viral clip said it was because of Umno/PAS. As if racism like the kind Edi displayed is specific to Umno/PAS.

Poor Edi blamed tiredness for his bad behaviour. Maybe the folks of Kampung Manjoi were tired too. Maybe they were tired of seeing non-Malays enjoying themselves after a hard day’s work with a cold brew, laughing and talking with like-minded citizens. Maybe they thought that excessive laughter was verboten (forbidden, in German) in Bumi Melayu (Malay land) and it was their job to see that people do not have access to substances which encourage such behaviour.

When they repent, they are mocked and vilified because people understand they may not be able to correct the injustices of the system but they sure as hell can mock and vilify people who would engage in such behaviour because they are emboldened by systems which encourage – with a wink and a nod – such behaviour.

DAP’s Lim Lip Eng said the reason why he lodged a report was because he wanted the state security apparatus to come up with solutions to “to eradicate racial tension and to promote harmony in our multiracial, multicultural society”. What horse manure is this?

It is not the job of the state security apparatus to come up with political or social solutions to such issues in this country. It is your job, Lim. It is the job of the politicians who claim they have the solutions and who people voted for.

And the tragedy, of course, is this. If this was a Chinese person who did this to a Malay person, you would bet your last ringgit that the consequences would be different. You would have non-Malay political operatives saying that the person deserved the full brunt of the law. They would be calls that this should not happen in this multicultural paradise...