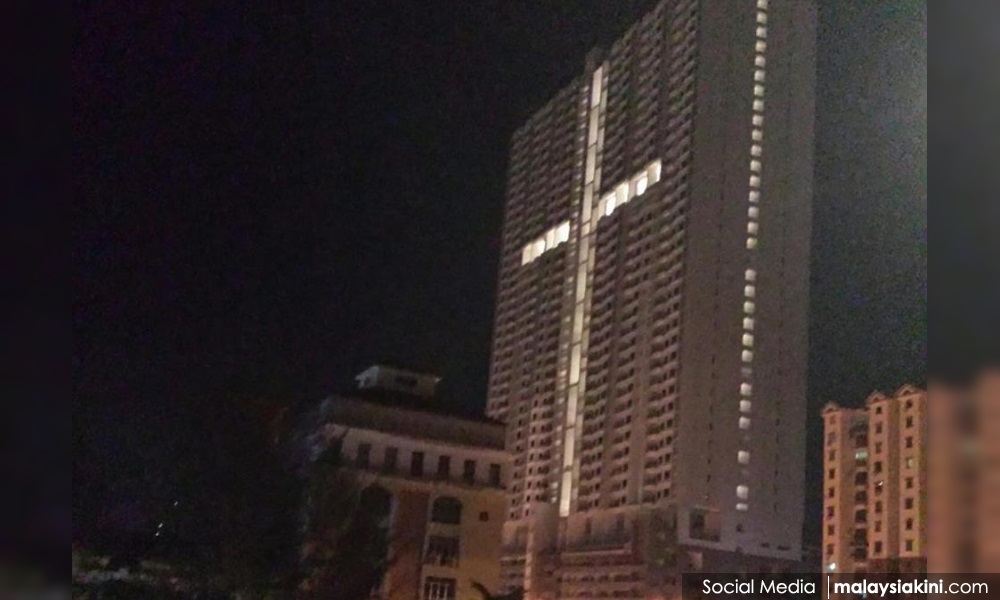 “Our debates, for the most part, are examples unworthy of a playground: name-calling, verbal slaps, gossip, giggles, all while the swings and slides of governance remain empty.”

COMMENT | Bukit Tengah assemblyperson Gooi Hsiao Leung started off by telling Kepala Batas MP Reezal Merican Naina Merican to stop exploiting the ‘building cross lighting’ issue because “we” have to “stop pandering to opportunistic extremist groups which very often will claim that Islam has been offended or is under threat without any basis".

In a follow-up piece after positive readers’ reception on Malaysiakini and hostile reception on Sinar Harian, among others, he said that it was time to have “difficult” conversations about race and religion.

First off, Gooi says that “we” have to stop pandering to “opportunistic extremist groups”. Agreed. What is Gooi's stand and the stand of non-Malay political operatives on the Pakatan Harapan’s government’s decision to ban Israeli athletes for the World Para-Swimming Championships in Sarawak and Malaysia’s decision “not host any event that has representation from or participation of Israel” as articulated by Foreign Minister Saifuddin Abdullah?

Please do not give me this horse manure about the Palestinian plight because hosting international sporting events and the Palestinian land grab issue are mutually exclusive. What Malaysia is doing is pandering to opportunistic religious extremists who just happen to be in the federal government and, of course, in the opposition.

Gooi goes on to write that “we” have to look to our Malay leadership in Harapan to start having these difficult public conversations on race and religion”. Oh, so by “we” he means the Malay power structures within Harapan - a coalition led by a political party that claims to be needed to secure the Malay vote (endorsed by non-Malay components) and which has positioned itself as the sole custodian of the Malay “struggle”.

If Gooi really believed this, why respond to Reezal? Why mouth off to him that “people” are tired of Umno leaders exploiting racial and religious issues? The only people who are tired of it are generally the non-Malays.

Could Gooi not find a moderate Malay Harapan political operative to tick Reezal off? Instead, what we get is reportage about Tok Guru Nik Aziz Nik Mat and the cross, some sort of Rashomon retelling of a tale while forgetting his hardline social, economic and political views on Islam.

You really want “difficult conversations”, Gooi? When it comes to discussion on racial and religious issues, what use are non-Malay political operatives...