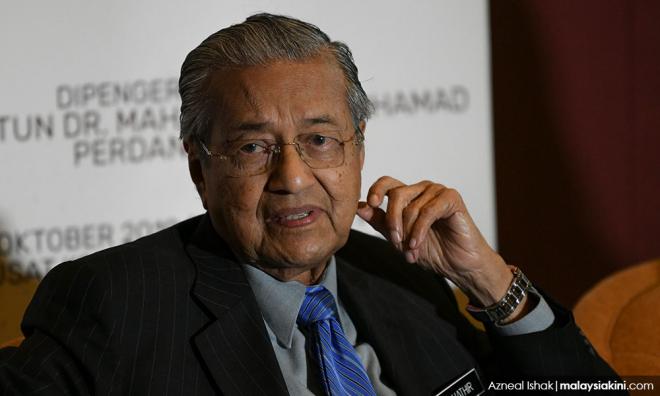 COMMENT | The difference between Dr M and anonymous subscribers

"Therefore, Muhyiddin's government will fall. That is why Muhyiddin (below) will ensure the six MPs are found not guilty,"

COMMENT | In filing an ex-parte application to initiate contempt of court proceedings against Malaysiakini and its editor-in-chief, Attorney-General Idrus Harun claimed that readers' comments “clearly meant that the judiciary committed wrongdoings, is involved in corruption, does not uphold justice and compromised its integrity.” These comments threaten public confidence in the judiciary and are clearly aimed at tarnishing the administration of justice by the judiciary”.

Think about this for a moment. Here we have a former prime minister who has had his own controversies with the judiciary and the alleged “fixing” of political opponents. The case of Anwar Ibrahim is a prime example.

Here is a former prime minister who intimately knows the inner workings of the apparatus of the state – the judiciary, the security apparatus and the various other enforcement agencies – and has been accused of manipulating and controlling these agencies.

He is now alleging that a former ally turned nemesis would use these agencies in the same way his critics have accused him of corrupting the functions of these agencies, to stack the political deck in his favour.

Now, forget about partisanship, but who do you think has more influence on public opinion and - let us face facts - “credibility” with the public? Random commenters on a news thread or a former prime minister who, before his fall from Umno grace was a much-feared and respected political operative?

Federal Court grants leave for contempt case against Malaysiakini
17 Jun 2020
CJ orders all courts to be fully operational from July 1
9 Jun 2020
PN can't be blamed for sentences handed out by court, says Najib
8 May 2020
Courts continue to function to ensure justice - CJ
17 Apr 2020