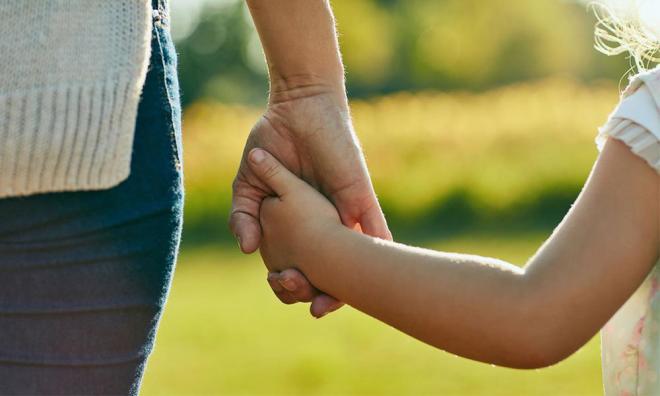 COMMENT | Just over three years ago, I became a mother. And it launched me down an unexpected path of forced vulnerability.

In honour of Women’s Day, I want to share my experience in hopes that it facilitates renewed conversation on the implications of women’s rights, and its inseparability from children’s rights.

Women’s Day shouldn't just be about highlighting successful women who made it in spite of the odds; Women’s Day needs to be about honouring and protecting every woman as an equal human being.

I am, in many ways, one of the lucky ones. I grew up in a family that respected women, and I was raised to believe in the fundamental equality of women and men. My mother worked multiple jobs and was even the primary breadwinner for a number of years.

Growing up in such an environment, I never saw my gender as something that limited me - I pursued my goals and dreams; I married someone who believed in gender equality. But this gender-egalitarian bubble popped when I became a Malaysian mother.

My son was born in Hong Kong, where I was living at the time. After a long labour and an even longer week of painful struggles with breastfeeding, I sent my non-Malaysian husband to the Malaysian consulate to obtain forms for my son to get a passport. I was shocked when he came home empty-handed, and told me that our son did not qualify for automatic citizenship because I, the mother, am Malaysian.

Our baby would need to go through an opaque application process in order to qualify for the right to be a citizen. “How long does that take? A few weeks?” I asked a consular officer on the phone.

“Miss, we have cases from 10 years ago still pending. I wouldn’t make any plans around this if I were you. There is no way to obtain information about the status of your application after you submit it,” the officer replied.

I was confused and heartbroken - had I just gone through all the pains of labour only to be told that my country does not recognise my child as mine?

I unexpectedly discovered that Hong Kong would confer my son a passport if I could prove that I had Chinese ancestry. I never would have guessed that my great-grandparents’ identities would swoop in to save my child from potential statelessness.

But this also angered me. How is it that after over 150 years of my ancestors calling Malaysia home, my gender became the reason my child was not automatically conferred Malaysian citizenship?

To be clear, I would feel very differently if the law equally applied to both men and women. Many countries confer citizenship by place of birth or by parentage, or a combination of both. But Malaysia is a rare example of a country that discriminates against women when conferring citizenship by parentage.

It baffles me that Malaysian fathers - no matter who they marry - can confer citizenship to their children, no matter where they are born, but Malaysian mothers are not afforded this right.

Does this double standard really come down to our differing reproductive organs? If so, don’t mothers have stronger claims to the child since we can actually prove - by hospital documents and even photographs - that the baby came from us?

How do we know that a Malaysian father is truly the father of a child? They are not required to prove paternity for their foreign-born children to automatically acquire citizenship. Doesn’t this imply that a man’s word matters more than a woman’s literal biological truth?

I moved back to Malaysia a few months before the Covid-19 pandemic hit, and it opened a whole new chapter of needing to learn about the legality of keeping my family together. My son - and all children under the age of seven born overseas to Malaysian mothers and foreign fathers - do not qualify for a visa that lasts longer than six months.

Even through the various movement control orders, during which I was also pregnant, I had to haul my toddler to my state’s immigration headquarters, which was located in a red zone. I was forced to put my family’s health at risk in order to keep my family together - a choice that a Malaysian man in my situation would not have to make. If this isn’t outright gender discrimination, then what is?

The pandemic has taught us many lessons, and it has shed a spotlight on the complex dimensions of vulnerability. The year 2020 has raised our collective awareness of the subtleties of domestic violence, mental health and economic hardships.

I count my blessings that my marriage is a happy one; what about all the women in my position who are in abusive marriages and have to choose between remaining with their children and leaving conditions of abuse? Where can they seek refuge if the laws of their own country do not protect their rights as mothers?

My friend Jane living in Mexico is one example. She went there as a student and unexpectedly became an unwed mother. She is now forced to remain in Mexico in order to be with her daughter. In fact, Jane misses home so much that she even started a laksa business and has become quite an ambassador for Malaysian culture there.

A few months ago, her mother in Kuala Lumpur was diagnosed with cancer and Jane longs to return home to see her mother. But her baby would not be allowed into Malaysia since she is not a citizen. Jane is now dealing with the emotional anxiety of needing to choose between visiting her mother and being apart from her baby for many weeks, especially given all the quarantine requirements.

My childhood friend living in Europe discovered that her non-Malaysian husband was addicted to child pornography shortly after their daughter was born. She reported him to the authorities there and he was subsequently arrested and had to serve time.

As her daughter could not obtain Malaysian citizenship, she had to obtain his permission to take their daughter out of the country. He continually denied her request to do so. My dear friend was suffering silently in this limbo for years, unwilling to return home to Malaysia without her daughter, she remained in a foreign country long after the end of her marriage and the lapse of her visa.

She would not have been in this situation had she been a Malaysian man; she could have simply taken her daughter back to Malaysia at any time.

These two examples happened to women that I knew personally, long before any of us became mothers. Imagine the hundreds, if not thousands, of mothers and children in similar situations. Malaysian women, who, like me, gave birth abroad, are a tiny subset of the population - but we are citizens nonetheless.

Each of these Malaysian mothers is a potential contributor to our country, but sadly, many of them do not, and cannot, return home because their children are not citizens.

We speak so much about the brain drain of our nation, yet here is an example of how our law prevents Malaysians abroad from returning home. Imagine all that mothers are willing to do for their children; imagine all that these mothers could be doing to advance our beautifully diverse nation.

I returned to Malaysia because I could; I returned because I wanted my children to have a profound understanding of multiple cultures, religions and languages. The future of the world rests upon the shoulders of global thinkers who can translate between cultures. There truly is no other place like Malaysia in this regard, but we have much work to do to eliminate discrimination.

This Women’s Day my heart goes out to every Malaysian mother living in forced exile because their children are not afforded equal rights to citizenship. I want you to know that you are not alone.

I know the burdens that you tuck away in the depths of your heart; the thoughts that flood your worried mind as you lay down to sleep; the heartache you carry due to the sudden change in your relationship with your homeland.

Motherhood is the greatest sacrifice of all. I hope that one day, soon, your beautiful children will be welcomed home to Malaysia with loving open arms.

(If you are a Malaysian mother seeking equal citizenship rights for your child, do contact Family Frontiers — a support group of over 120 mothers in this situation. Email them at [email protected])

MP SPEAKS | Women's Day: A salute to their courage and strength

Glorene Das remembers the battered child who survived a coma

Standing up for their beliefs - 12 women you should know about

COMMENT | This Int'l Women's Day, I'm thinking about how tired we are

TEMILY TIANMAY is a writer, researcher and mother of two beautiful world citizens. She was formerly a broadcast journalist at KiniTV.