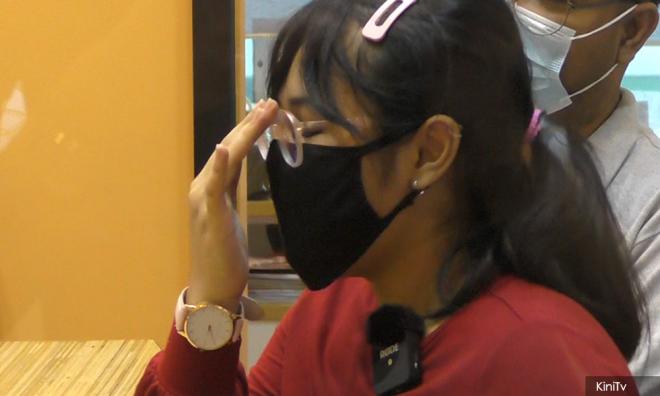 MP SPEAKS | 'Rape joke': Why is the teacher still on duty?

MP SPEAKS | The government is sending a dangerous message to sexual predators by still allowing teacher who made a joke about rape, sodomy and sexual grooming to teach and interact with students.

Yesterday, in an online forum with opposition leader Anwar Ibrahim, student Ain Husniza Saiful Nizam who exposed a teacher after he made lewd, sexist remarks in the classroom and trivialised rape, stated that the teacher is still teaching in her school and not temporarily suspended pending investigations.

The teacher was also said to have tried to defend himself in front of other students and claimed he was slandered.

It appears there is no remorse on the part of the teacher, that what he said was dangerous on so many levels to young boys and girls.

How is it that he is still allowed to teach?

Is it normal and acceptable for a teacher to advise his students that if they wanted to rape someone, then the person you want to rape should be over 18 years of age and not below?

Is it normal and acceptable for a teacher to say that boys who are victims of rape don’t report because they “enjoy” getting raped?

Is it normal and acceptable for a teacher to casually refer to sexual violence like rape, sodomy and sexual grooming as part of his "teaching language"?

Let it also be known that this incident involving Ain is not an isolated one as the said teacher has allegedly made suggestive remarks to others as well.

On April 28, Education Minister Mohd Radzi Md Jidin stated that there will be an in-depth investigation into this allegation. Shouldn’t the teacher be suspended temporarily pending the investigation?

How will investigations be conducted impartially and without fear or favour if the teacher is still on duty with no action taken and still has access to students?

To this day, almost two weeks after the incident, the said teacher has not openly apologised for his remarks and neither has there been any update on the investigation. Worse, the teacher is still teaching in the same school!

Where is the "action" to be taken after statements made by Radzi and Women, Family and Community Development Minister Rina Harun?

Where is the government's reaction to the bipartisan letter signed by 20 women MPs urging the prime minister and his government to take this matter seriously?

Was Ain’s bitter experience, being subjected to sexual harassment, jokes about rape, sodomy and sexual grooming by a teacher in her school, even mentioned in the recent cabinet meeting?

If not why? If yes, what was the outcome of it?

The government will be sending a dangerous message to society and to sexual predators by still allowing the teacher to remain in school after making such jokes.