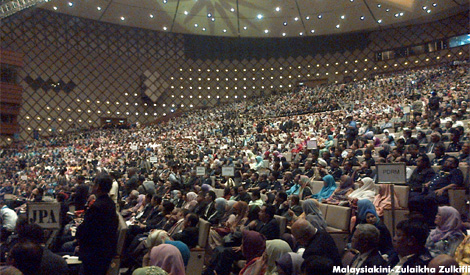 LETTER | In seven short months since late May 2018, the government of the seventh prime minister of Malaysia has succeeded in restoring much hope and confidence in the future of Malaysia. Although on the macro-economic level there are some major challenges to be addressed with mandatory mega-allocations for public service emoluments, pensions and debt servicing, on a day-to-day basis the government is functioning smoothly.

The greatest thing that has happened, in my view, is the greater openness and accountability in our country since May 2018. There is now more public airing of issues of common concern, a lot more openness about admitting that there had been mismanagement, malfeasance and the manipulation of news and data to suit rather dubious practices in government, especially in costing controversial large development projects.

Needless to say, the ongoing expose of the 1MDB debacle is unprecedented in our history. Given the rather high and somewhat unrealistic expectations of the new government, however, there seems to prevail much dissatisfaction about the perceived slowness in the prosecution and trial processes involving some former high officials and the rather slow reform process especially in areas of health, education and innovation in improving overall public service.

In certain quarters, there is a palpable sense that power has been lost by a sizeable segment of the population and that there ought to be some urgent consideration for this “disenfranchised” segment that has lost some of their political clout to be compensated, reassured or provided with some real rather than token privileges. There seems to be understandably some pressing urgency to assuage fears, some of them, perhaps unfounded.

This segment is being actively egged on by a few discredited political leaders to make demands so that the gravy train they had traditionally benefited them continues to roll on, doling out uninterrupted contracts, handouts, projects at inflated costs and other perquisites.

While this group may feel “disenfranchised” and deprived, there is no perceptible or identifiable group that has been newly created to enjoy the kind of freebies that were available up to April 2018. This is a good thing. A new cabal of kleptomaniacs has not taken the place of the old, familiar fat cats.

The new government’ s commitment to the supremacy of the constitution, rule of law and open tenders with the added financial constraints means that there will be more transparency, accountability and efficiency in the administration of the nation’s affairs. The seven-month-old government is notable as it comprises many new personalities including new ministers, a new civil service leadership, a new reconstituted bench, new backbenchers in Parliament, new editorial boards at our leading media and press agencies and new heads at GLICs and GLCs.

Change has to continue to revamp our public service and reform our universities and our education system in particular. But such reforms and changes cannot happen without the participation of parents and teachers and a changing mindset where hard work, innovation, values of honesty, integrity and uprightness are emphasised.

The civil service has to be an integral part of this change. Change has to start at the top, from the Public Services Department, the nerve centre of the entire manpower and human resource planning establishment of the government. Since the 1960s, the name of that department has been changed from what was the Federal Establishment Office, a colonial-era institution that functioned as a control centre in keeping British imperial rule paramount and strictly apart from the ruled population.

It would appear that in the nomenclature change in the late 1960s following Merdeka the word “Establishment” was replaced to denote the overriding elements of public service and a more participatory national community against the importance assigned to a highly remote elitist establishment where there was a primary acknowledgement of the supremacy of colonial rule.

For a while, it seemed that the general public’s interest was served. Currently, the PSD has become a huge behemoth with several thousand officers that aims for uniformity, compliance and clear control of the entire government service, including the legal service, the health and medical service, the universities, and almost all statutory bodies in matters relating to recruitment, establishment matters, psychology and counselling, scholarships and manpower planning, discipline and other service matters.

Such accumulation and centralisation of powers and functions by a single department that is largely sheltered from parliamentary and public scrutiny is unhealthy. Could we easily identify a minister associated with the PSD at any one time?

It is essential that as part of the ongoing change process, the PSD delegates most of its powers and functions to other central agencies which are specialised, eg the health and medical service, the legal and judicial service, education and higher education service, the foreign service, the Public Works Department etc. Some of its functions relating to discipline could also be handled by the independent Public Services Commission as had been the case earlier.

It is likely that with this exercise, the PSD can be downsized gradually while all these specialised services can absorb the delegated functions without creating more establishment posts. In my view, the PSD’s management of many issues of public concern has not been exemplary. As the department with the greatest power and influence in the governance system, it has failed to give due cognisance and lend its weight to many national issues.

One glaring issue is that from the early 1990s, we have allowed the presence of illegal immigrants to build up to a point where it has become a threat to the integrity and character of our country. The Immigration Department operated in a vacuum as it was constrained by resources, including manpower, and it could not address this issue without the cooperation of the various security authorities, the employers and our laws.

How many Jusa posts are there in the Immigration Department compared to the PSD to have the kind of gravitas that is needed on this issue? Other major issues include declining education standards, deforestation, environmental damage, graduate unemployment and traffic congestion. It is about time to get real and provide our central agencies with the kind of autonomy that would give them the clout and capability to do the right thing.