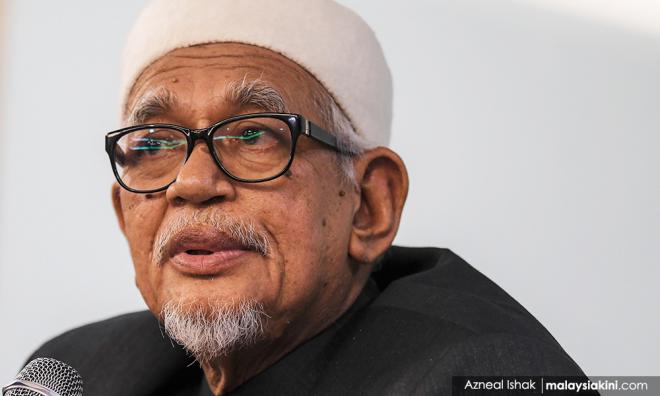 LETTER | PAS president Abdul Hadi Awang certainly not only sounds "rude" but is also way off the mark of compassionate Islam.

His lambast on the credibility and honour of Anwar Ibrahim, the PKR leader and MP for Port Dickson, is totally uncalled for.

By stating that the people will have to judge Anwar if he is an "ex-convict', Hadi has not only smeared the beauty of Islam but also proves his mala fide inclination.

Hadi needs to be told bluntly that being the political party's 'spiritual' leader does not give him a licence to shoot as he pleases to further his political mileage.

Anwar has not only been granted a royal pardon but also had all charges erased completely.

Further, the people already judged him right by giving him the vote in Port Dickson. And lest Hadi chooses to be stubbornly blind, even the late Tok Guru, who is respected till this day, never judged Anwar.

When will Hadi ever learn to respect the constitutional monarch? Will he ever respect the democratic will of the people?

Certainly, Hadi owes the people and Anwar an open apology for his malicious, ugly un-Islamic allegations and smear tactics.

Perhaps, as the spiritual leader of PAS, Hadi should apologise quickly, before this season of the holy month of Ramadan passes by.