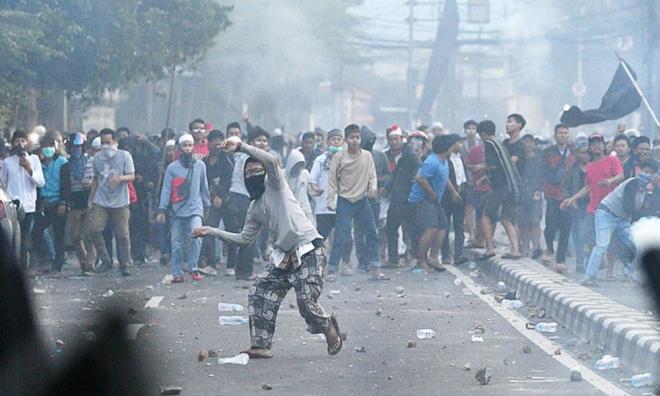 What M'sia can learn from the Indonesian riots

Primarily, Indonesia underlines the importance of a widely trusted election commission. When people accuse the EC of bias, it spells danger. More and more, Malaysia's EC must warn Pakatan Harapan when they obviously break election rules. This hasn't been happening consistently.

Whether its a Harapan candidate campaigning on voting day or Harapan ministers magically announcing projects in a by-election, the EC's silence will only strengthen public views that they are biased towards the Harapan government. Even Bersih's report on Harapan was not taken seriously by EC.

It's also safe to say that a lot of what we're seeing in Indonesia is rooted in identity politics. Indonesian elections, just like in Malaysia, has featured racial, religious rhetoric. Chinese Indonesians are afraid of being targeted in the streets of Jakarta.

This is a warning for Malaysia where there is a significant rise in identity politics due to considerable eliminations of assistance programmes that catered to low-income households (that are majority Malay). Leaders and politicians need to be careful in dealing with this.

Additionally, Malaysia must begin popularising a politics of conceding defeat. It can't be "my way,” all the time. Conceding defeat is a pillar in democracy; it allows the rakyat to make peace, to erase political differences and come together in the end to build the country.

Finally, Indonesia shows why fake news can result in deadly violence. The long- term solution is to encourage greater news literacy, where the public is informed with active readers who know how to check facts before sharing.

Malaysians shouldn't be looking at Indonesia as a foreign event. Those same type of sentiments could erupt in violence in our own streets as well. We must continue strengthening our democracy, to ensure stability and peace continues.

The writer is a senator.